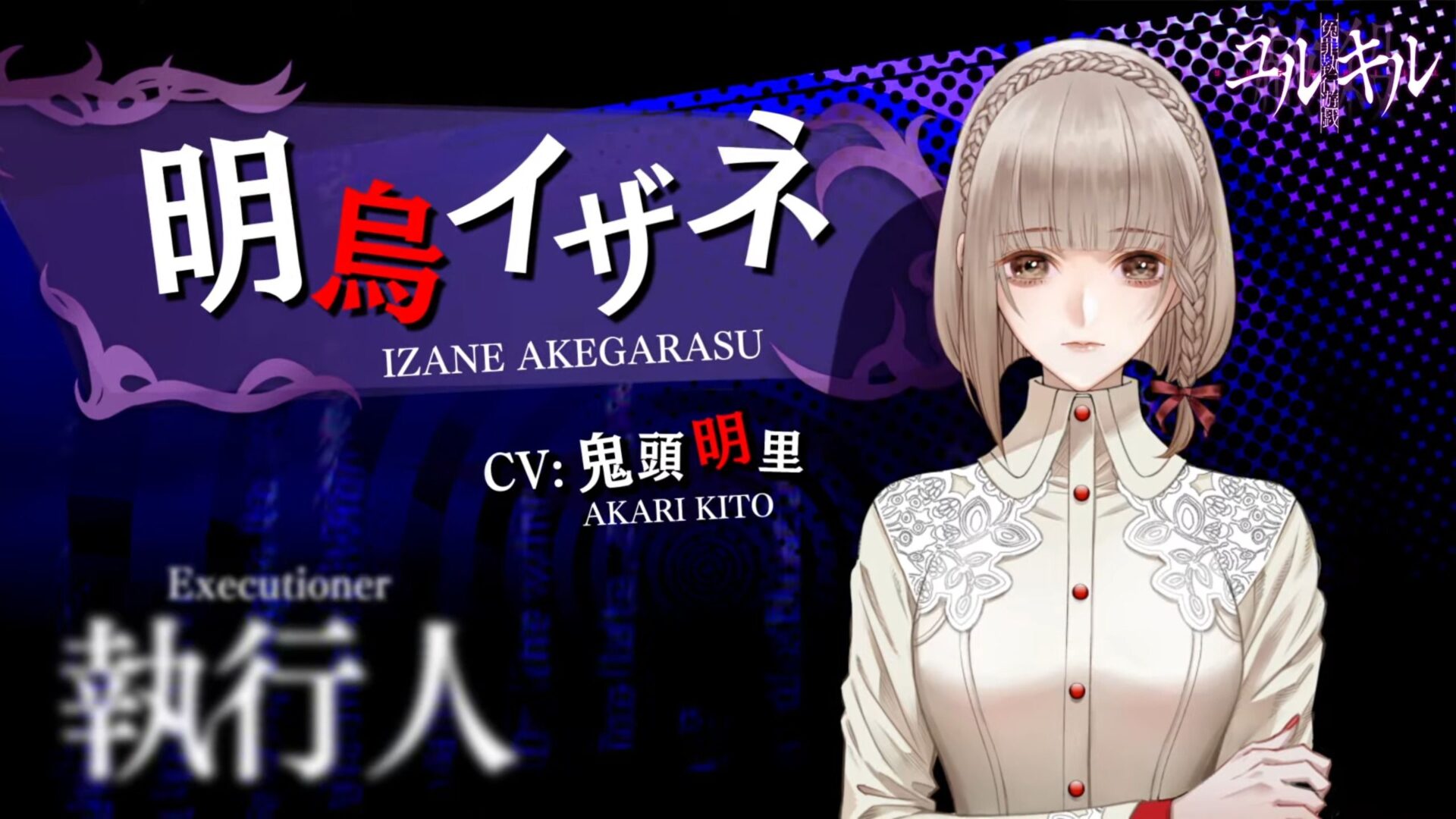 The trailer showcases another of the characters featured in the game, the timid Izane Akegarasu. It follows previous trailers that introduced Gentoku Omuro, Kagura Kagutsuchi, Raita Yamada, Futa Yamada, Sengoku Shunju, Rina Azami, and the host of the Yurukill Games, Binko.

Izane is voiced by Akari Kito, who previously lent her voice to Barbara in Genshin Impact and Nezuko Kamado in Demon Slayer.

Izane works for Yurukill, Inc. as Gentoku’s chaperone. She is mysterious and doesn’t leave much of an impression, and it’s difficult to tell how old she is. You could say she was in her teens or in her thirties and no-one would bat an eyelid. She is extremely timid, and prone to bouts of sobbing. Yet she sometimes makes sly remarks to her teammate, Gentoku.

If you want to know more, you can check out a gameplay trailer, a second gameplay video, and read an official description below.