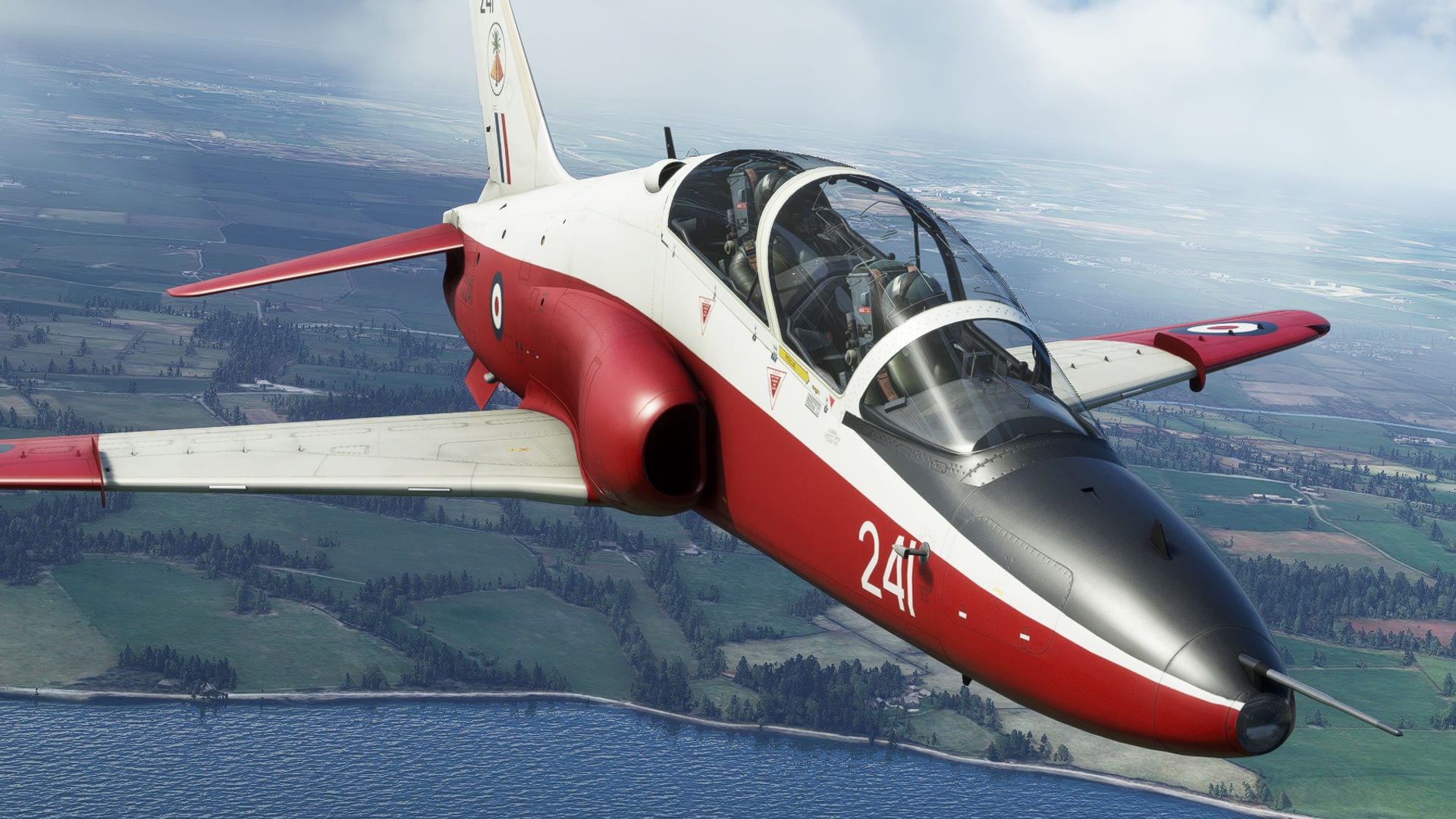 Just Flight released new screenshots of the Hawk T1 & T1A package showing the exterior model and its details, on top of a few beautiful liveries.

Next, is Whiskey Jet Simulations showing off a new Air Canada texture for its Airbus A220.

Last, but not least, is a video of the upcoming TF-104G Starfighter from SimSkunkWorks featuring jet whine and howling and wingtip tanks fluttering.