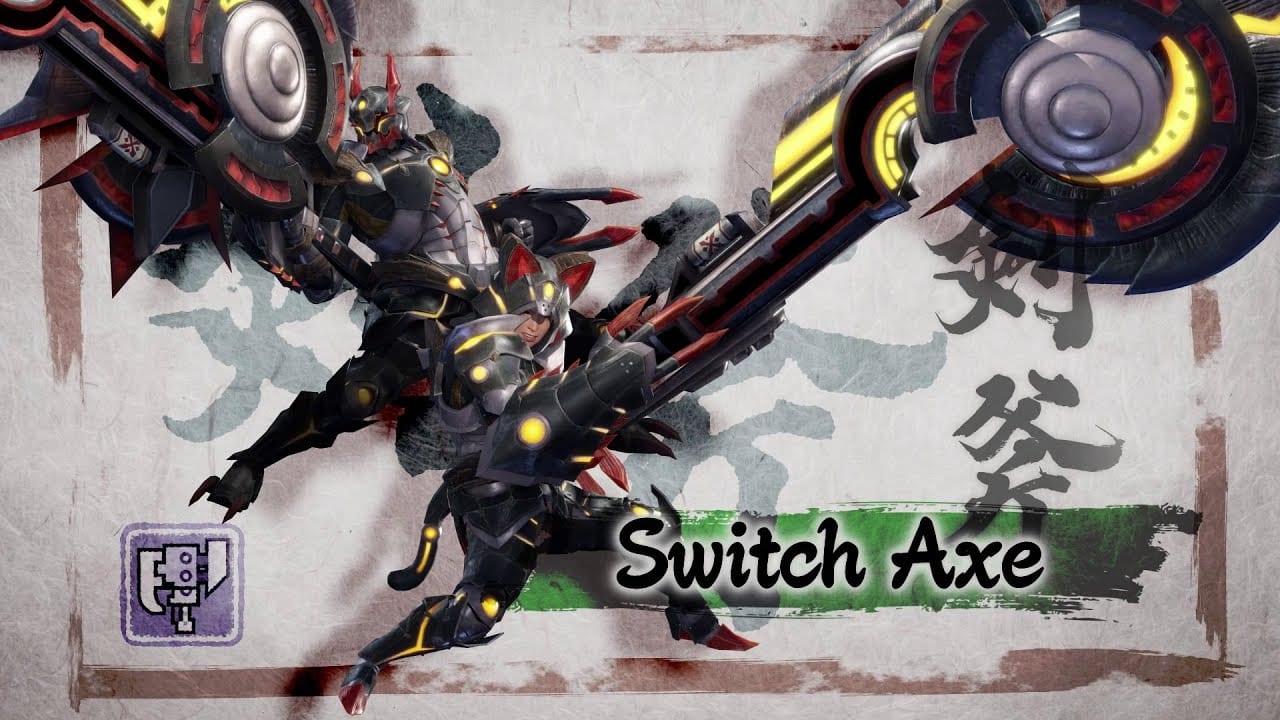 The first trailer we see today is dedicated to the powerful Great Sword, while the second showcases the game’s complex technique for the Switch Axe.

“Power Sheathe” is a silkbind attack comprised of a quick Wirebug-assisted dash and a sheathing motion that boosts your attack for a short time.”

“Invincible Gambit” is a silkbind attack that fortifies the hunter, making them immune to flinching or being knocked back by even the fiercest of attacks.”

If you want to see more, you can check out the first two trailers of the series showing bow and dual blades, the second pair featuring lance and long sword, the third featuring light and heavy bowgun, the fourth staring the sword & shield and the hammer, the fifth showing the gunlance and insect glaive, the previous video, an extended trailer released a few months ago, the first gameplay, more artwork of the new flagship monster Magnamalo, more showing the starting armor, even more showcasing Palamute and Palico, a look at Tetranodon, one at Great Izuchi, customization for your animal companions, and their armor choices.