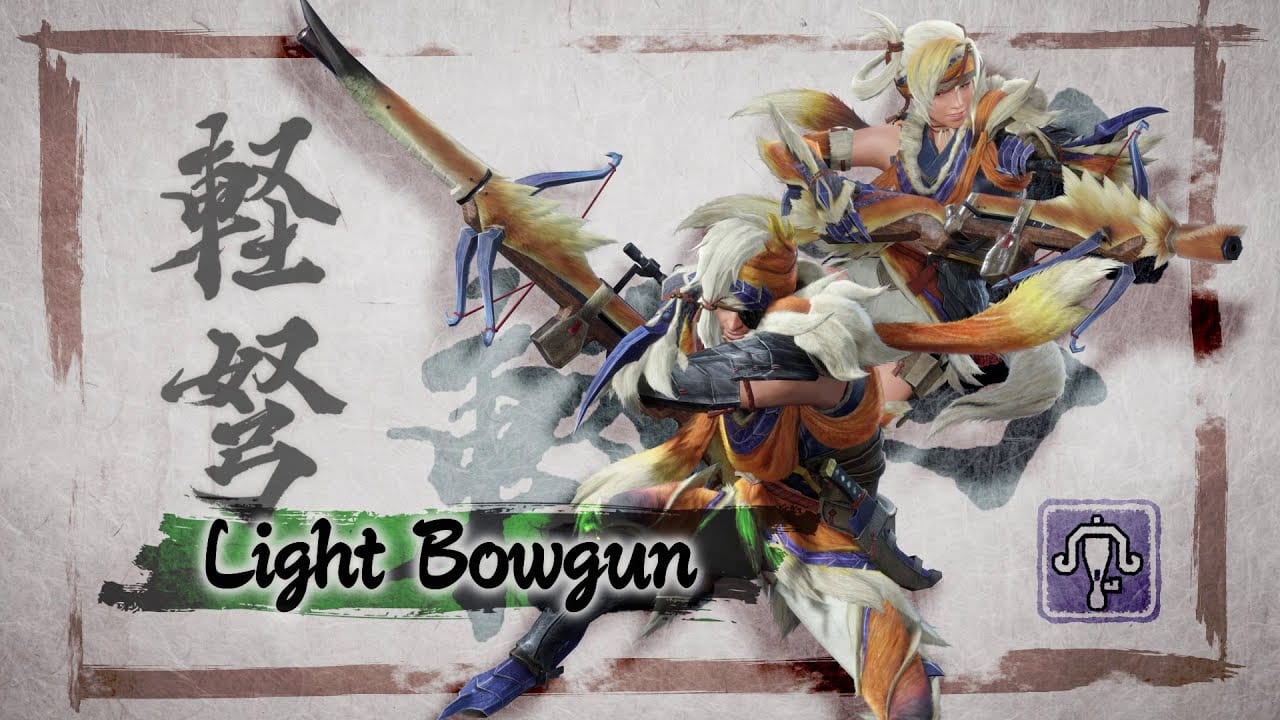 “Versatile combat at any range. The Light Bowgun excels at various roles, from rapid-fire barraging to inflicting status ailments, and supporting the hunting party.”

“Outstanding, overpowering ordnance. The Heavy Bowgun channels its weight into firepower, being able to load Wyvernheart or Wyvernsnipe ammo to cover any range or situation.”

If you want to see more, you can check out the first two trailers of the series showing bow and dual blades, the second pair featuring lance and long sword, the previous video, an extended trailer released a few months ago, the first gameplay, more artwork of the new flagship monster Magnamalo, more showing the starting armor, even more showcasing Palamute and Palico, a look at Tetranodon, one at Great Izuchi, customization for your animal companions, and their armor choices.