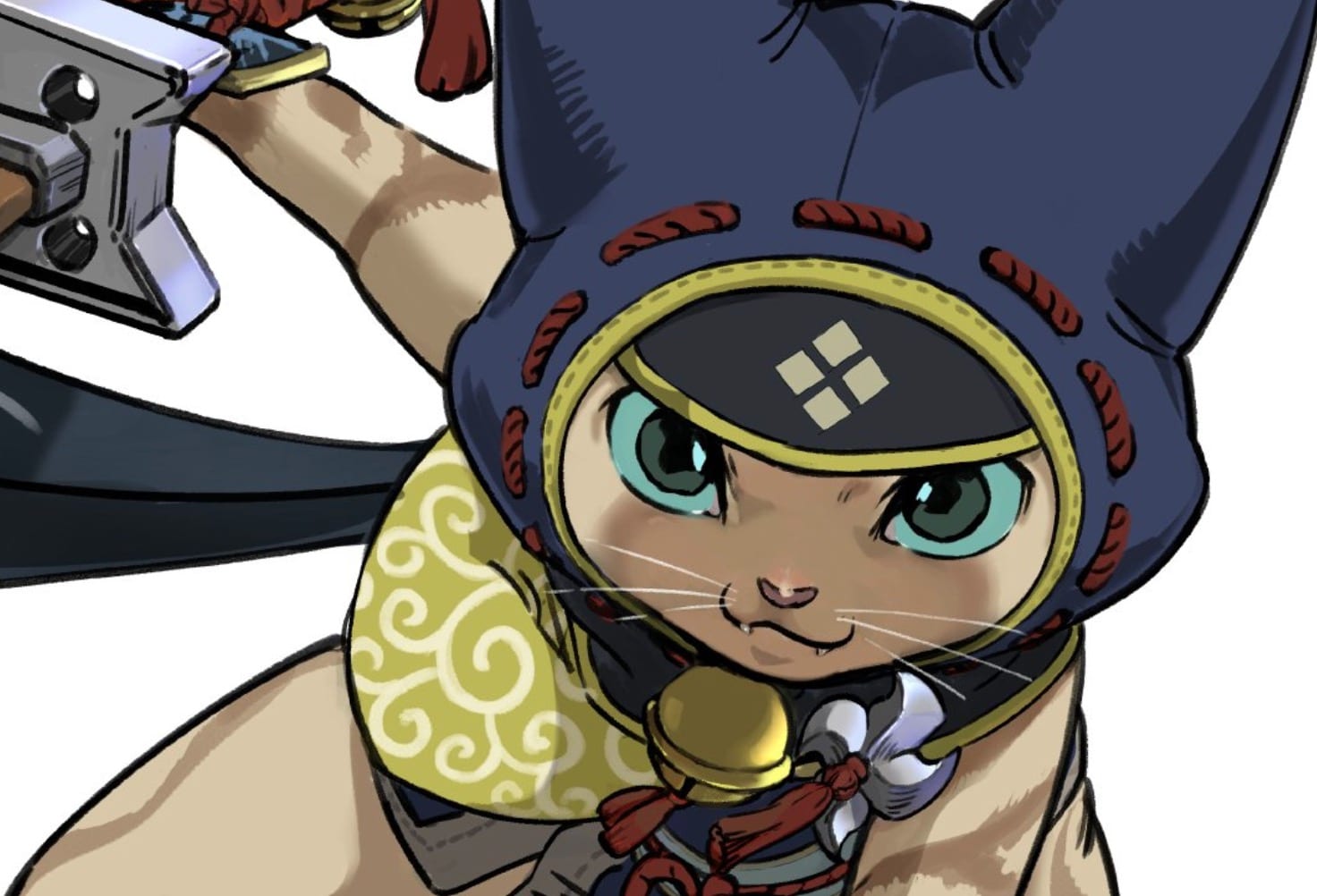 Capcom has released two new pieces of concept art for Monster Hunter Rise that showcases a Palico and Palamute in Kamura armor. Palico’s are the partner creatures in the Monster Hunter series that can assist hunters in combat using healing items and even some offensive abilities; plus, they’re just super cute.

Palamutes are new to the series, being introduced in Rise, and can be ridden on by hunters to get across the map faster to save you precious time (and stamina) out there during quests –you can even use items while atop of it.

When you’re playing single-player in Monster Hunter Rise, you can bring along any combination of two buddies. So you can bring two Palico’s with you or two Palamute’s or you can have one of each. Unfortunately, two is the limit so you can’t have a gang of good doggos with you. Terrible decision on Capcom’s part if you ask me.

You can check out the detailed concept art down below for the Palamute and Palico via the Monster Hunter Twitter account:

Monster Hunter Rise is set to launch for the Nintendo Switch as an exclusive title on March 26, 2021. If you would like to learn more about the game, you can check out more concept art of the starter armor, the first gameplay showing off a monster named Tetranadon, and here’s a list of every monster confirmed for the game so far.

And if you think you’re a Monster Hunter expert, try this trivia quiz on for size.