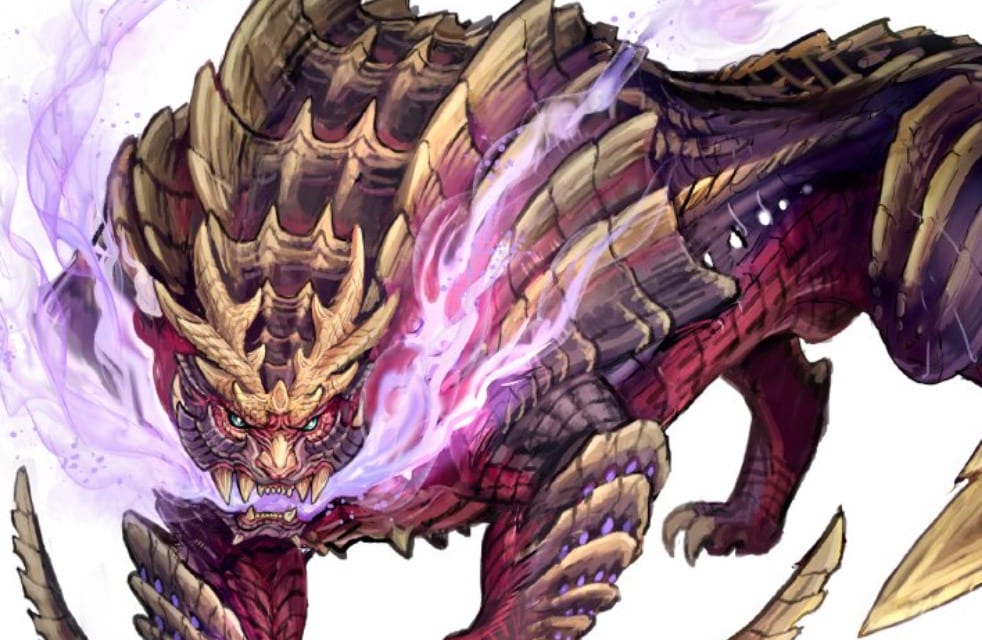 The two pieces of concept art show off the flagship beast for Monster Hunter Rise, Magnamalo, who is a “fearsome fanged Wyvern that hunts its prey with relentless malice,” according to the official site for Rise.

You can check out the two images down below in all of their glory. If you look close enough, you can really see all of the fine details that went into its design. The purple flames, sharp talons, and that terrifying face certainly makes this creature worthy of being on the front of the box.

Capcom didn’t show off much of Magnamalo during the Monster Hunter Direct that occurred late last week, but we did see lots of gameplay footage of some of the new major monsters that are being introduced in this title, such as the Great Izuchi and the amphibious but terrifying Tetranadon.

Monster Hunter Rise is set to launch on Mar 26 for the Switch. There’s also a Monster Hunter Stories sequel launching on Switch in 2021 as well.

For more on Capcom’s long-running series, you can read our reviews for Monster Hunter: World and its expansion, Iceborne.