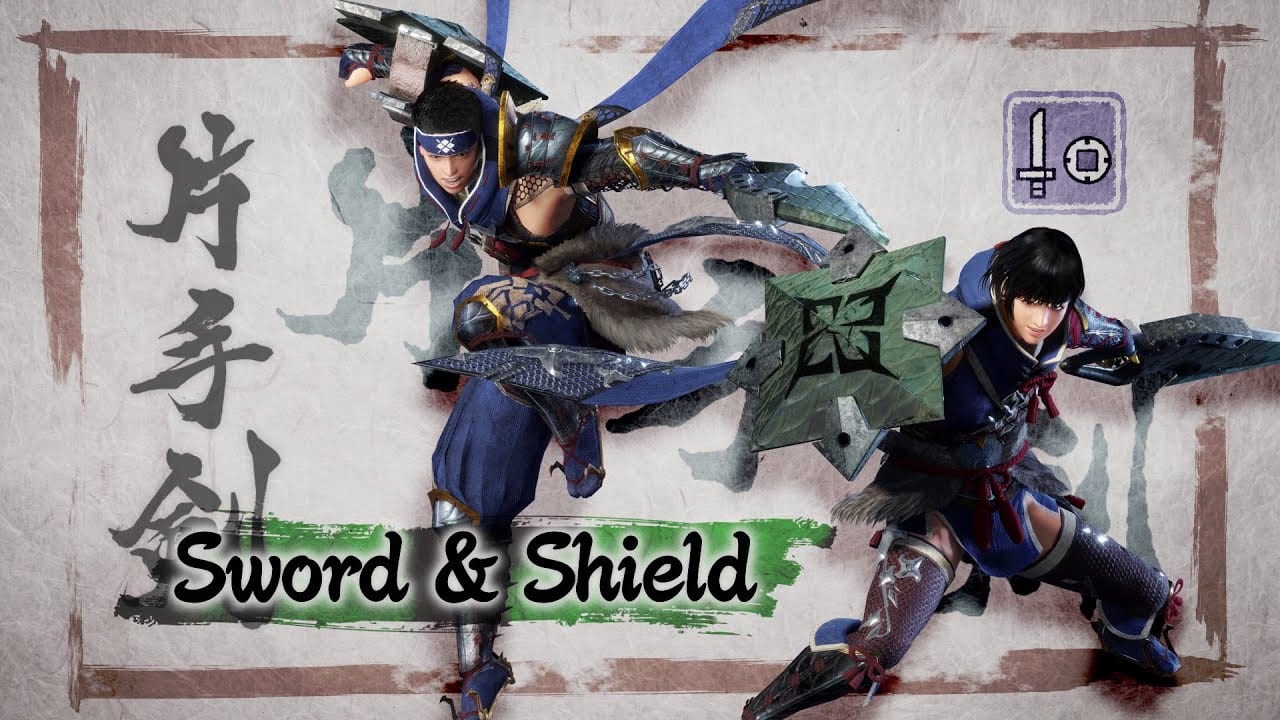 The first trailer we see today is dedicated to the Sword and Shield combo, while the second showcases the game’s massive Hammers.

“Nimble, adept, and incredibly versatile. The Sword & Shield is a jack-of-all-trades capable of quick strikes and prompt evades. The shield serves a dual purpose of guarding and delivering bludgeoning damage.”

“Savage, smashing strength. The Hammer is a blunt force weapon that hits hard without giving up mobility. Smack enemies on the head to knock ’em down.”

If you want to see more, you can check out the first two trailers of the series showing bow and dual blades, the second pair featuring lance and long sword, the third featuring light and heavy bowgun, the previous video, an extended trailer released a few months ago, the first gameplay, more artwork of the new flagship monster Magnamalo, more showing the starting armor, even more showcasing Palamute and Palico, a look at Tetranodon, one at Great Izuchi, customization for your animal companions, and their armor choices.