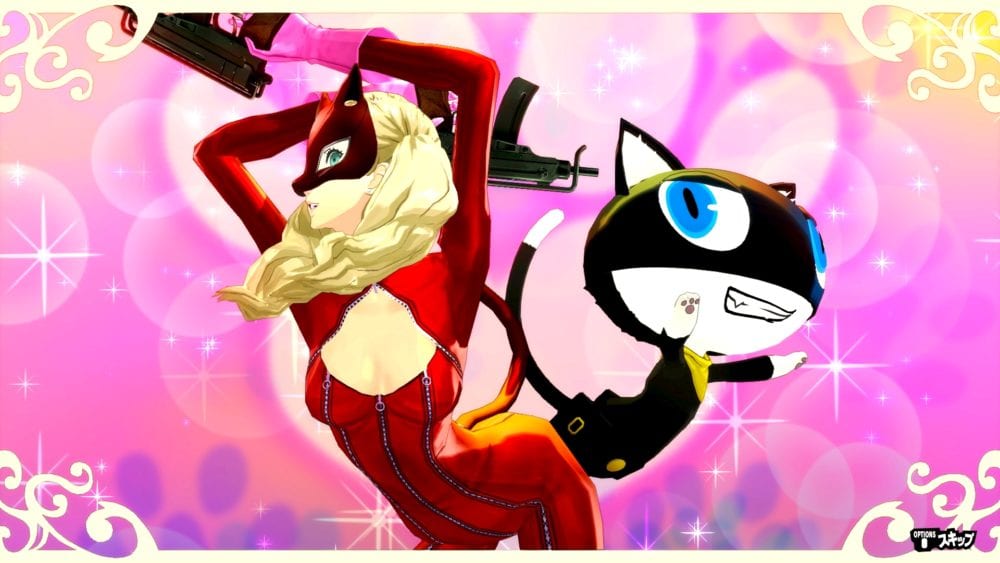 Today Atlus released a sizable batch of screenshots of its upcoming JRPG Persona 5 Royal, which will bring several improvements and additions to the original Persona 5.

We get to see new art of some four of our heroes (the hero himself, Ann Takamaki, Yusuke Kitagawa, and Ryuji Sakamoto) and some the new personas that will appear in the game.

Ann’s new persona is named Celestine. The name comes from Célestine Galli-Marié, was the first to play the role of Carmen in the opera with the same name. She is said to have been a woman with a strong will, who rewrote her song by herself.

Yusuke’s persona is Gorokichi, that is said according to one theory to be the name used in youth by Goemon Ishikawa. He was said to have been an Iga Ninja and to have been named “Gorokichi” when studying under clan Iga.

Ryuji’s persona is William, which is the real name of Captain Kidd, a wild man known as a pirate who has made a name for himself while receiving support by many within the nobility.

More screenshots showcase a couple of new events in the third semester that will be added to the game. Our heroes will wear winter clothes. A few examples are Ryuji getting visited by a scout from a university, the return of Ann’s best friend Shiho, and Yusuke’s own art exhibition.

More images show the Baton Touch and the ability to increase its rank, on top of the new abilities that can inflict various conditions like sleep, rage, or shock, allowing you to hit the enemies’ weak spot easier. There will be new accessories enabling you to equip skills that cannot be usually learned in other ways.

Besides the new main personas for our heroes, there are also new standard personas that can be acquired in the usual way. We see three of them in the screenshots. Each persona will have new characteristics, and those can be inherited when merging them.

We also see the nee “Show Time” co-op attacks. As you deepen bonds among friends during the story, new techniques are added. They can deal large damage to the enemy alongside additional special effects.

Last, but not least, the images show the new location of Kichijoji, including its attractions. Billiards will improve your relationship with your friends and your personal stats when executing technical attacks.

Darts will improve the rank of the Baton Touch. You can play by operating the controller with good timing. The Jazz Club will increase the abilities of your friends’ personas. Meditating in the temple increases your maximum SP.

The second-hand store lets you trade in your spare armor that you can find in palaces or Mementos. You can earn points that you can trade-in for prizes. There are also various other stores that might yield rare items and a mysterious dude who can provide useful equipment in exchange for the items he requests.