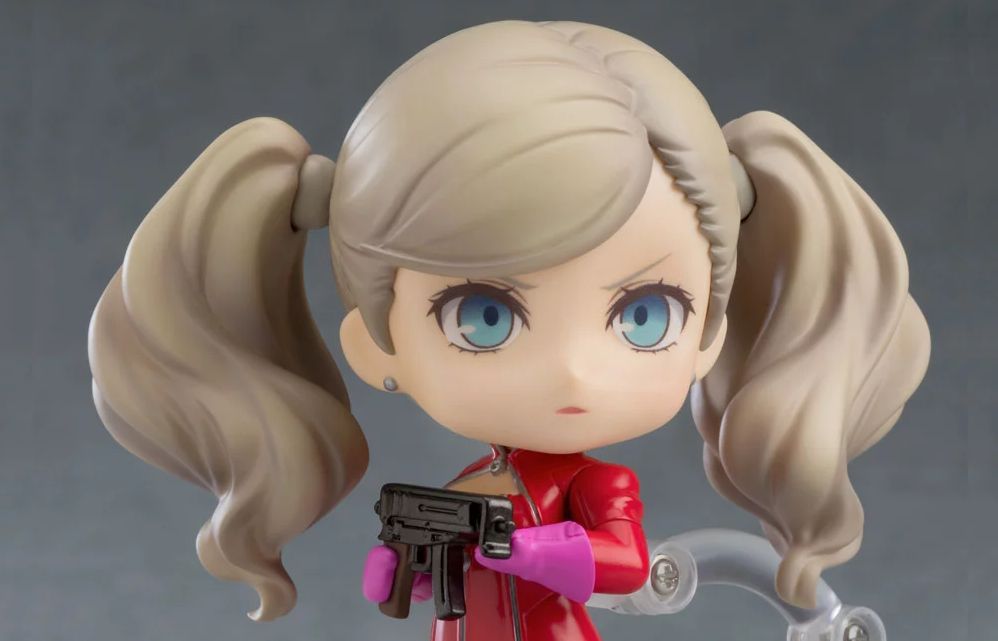 Many fans of video games enjoy collecting figures, but the process of turning a character into a lovely collectible for your shelf or desk remains obscure to most.

In order to shed some light on the work that goes into the art of bringing your favorite heroes and heroines to the physical world, Twinfinite talked to Good Smile Company Planning Department Manager “Kyojin.”

Good Smile just made a Nendoroid portraying Ann Takamaki from Persona 5 available for pre-order, and this is a perfect opportunity to understand how the character created by Shigenori Soejima became an adorable super-deformed posable figure. Giuseppe: Could you describe in broad strokes the process of turning a video game character into a figure?

Kyojin: Nendoroid have a chibi appearance, so we need an additional element on top of the original illustration. Our first step is to create the Nendoroid illustration.

Nowadays we use 3D modeling to create our Nendoroid. Originally, we used to craft them by hand. During the modeling process, we talk to our licensors and we receive comments from them in order to get the best results.

Once the draft of the 3D model is ready, we print what we call the Grey Sculpt. That’s the first model we show to Atlus. In Ann’s case, for instance, they asked us to change the ears.

Once the sculpt is approved by Atlus, we get into the next step, which we call “duplicating.” We create a silicon mold, and we perform this duplication process for two reasons: the first is to apply the colors, and the second is to get the factory started on creating a metal mold for mass production. On top of that, it’s also for safety, in case something happens to the original sculpt.

This is the painted master sample, what we call DecoMas, or Decoration Master (You can see it in the image below). It’s the only one that exists in the world. The master sample is normally made with a resin cast, while the final mass-produced figure is in PVC.

The Decoration Master is also sent to the factory in order to reproduce the colors. We have back and forth conversations with the factory to correct any discrepancies in shape and color. This one took at least 45 test shots and countless emails before we got to the final result.

G: Is the factory actually owned by Good Smile, or do you work with external factories?

K: The company owns a factory in Tottori but this Nendoroid is made in China by an external factory which works with us.

G: What kind of source materials does the developer provide in order to create a Nendoroid like this one?

K: We get both character illustrations and original 3D models from the game.

[Editor’s note: you can catch a glimpse of them in the image above]

G: The actual super deformed design was created by Good Smile, not by Atlus. Is that correct?

G: Are there relevant differences in the workflow to create a Nendoroid, a Figma, or a scale figure?

K: With scale figures, we start with an image from the licensor, or a scene from an anime. Normally it really showcases the character well and it’s perfectly suited to create a figure.

With Figma and Nendoroid, we have to decide which poses we’d like to be possible and what kind of parts would be appreciated by the fans and are well suited to represent the character.

During sculpting of Figma and Nendoroid, some of the small details of a character’s design are often omitted, while they’re still a good representation of the original design. With scale figures, many more details remain intact, so it’s easier to achieve high quality. They’re also bigger.

Of course, even with a Nendoroid, we try to preserve details as much as we can. Among chibi-style figures, they’re among the most detailed.

G: How much freedom do the artists have in interpreting the characters?

K: With this kind of figure, the customer normally demands to be faithful to the original source material. That being said, crafters can suggest how to make details like wrinkles in the clothes, or the hair, look more realistic.

There isn’t much leeway, but there is some.

G: Could we say that since Nendoroid have to be turned into super-deformed characters, they afford the artists more freedom?

K: Nendoroid, Figma, and scale figures, all involve some leeway, but it’s pretty much in different areas. With Nendoroid it’s small details, but scale figures are based on one flat image. We have to provide the customer with a pose that looks like that illustration, but in reality, there are differences because it’s in three dimensions. Due to that, I’d say scale figures actuallyallow for more freedom.

G: I imagine that also involves creating the sides that aren’t visible in the original illustration. Speaking of Ann, do you think that her Nendoroid has any element that makes her stand out from the many other Good Smile has created?

K: Ann is actually one of the sexiest characters among the Phantom Thieves, so we made her body a bit more shapely and feminine compared to other Nendoroid. That allows achieving poses that are a bit sexier.

G: Were there any elements that proved challenging while turning her into a Nendoroid?

K: The mask is one of the key items for Persona 5’s Phantom Thieves, so Atlus provided a lot of feedback about it. 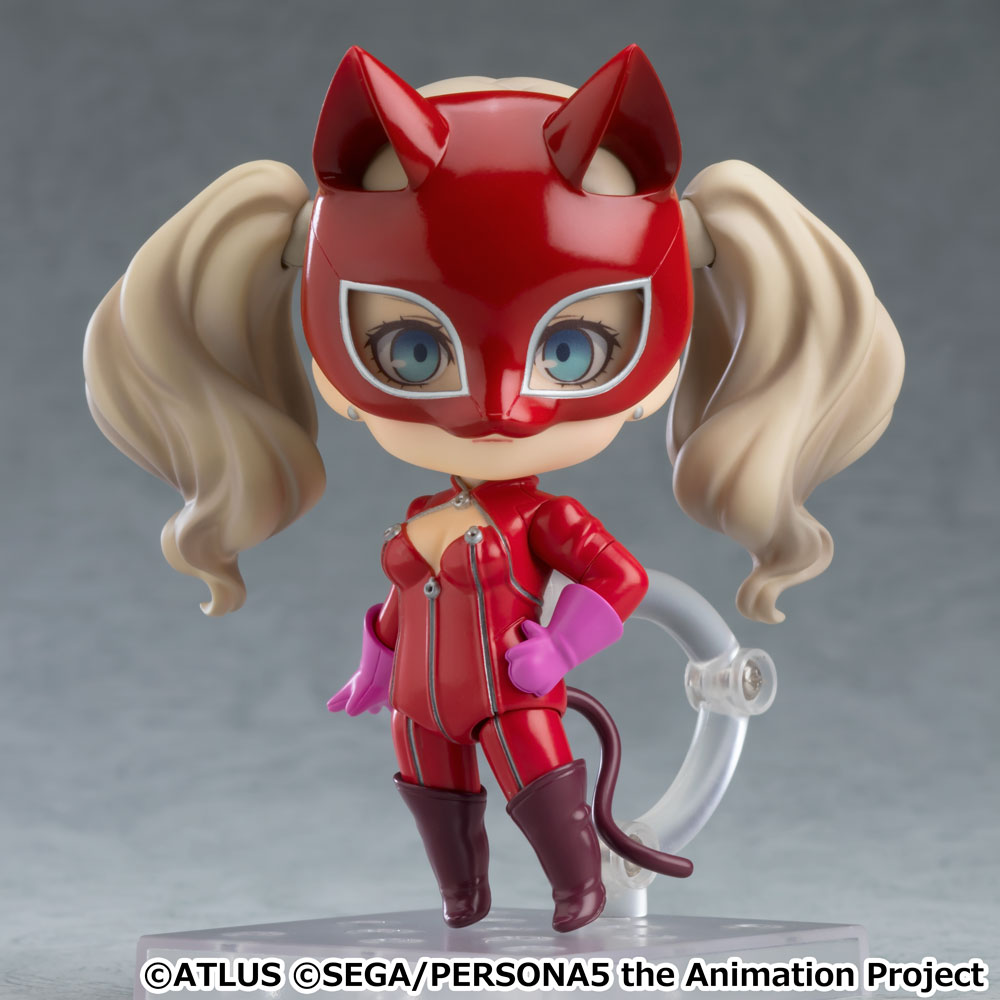 G: Do you think the Nendoroid series has evolved since its introduction in 2006, and is there still room for evolution, or are the visual parameters pretty much set by now?

K: We have been working on Nendoroid for more than 10 years now, but I think we keep changing the design to achieve the best results at any given moment. There is more room to keep evolving even from now on.

G: How does it feel to work on characters created by a master like Shigenori Soejima? Does that make you feel any pressure?

K: Rather than pressure, I feel happy, being a fan of Soejima-sensei myself.

G: Speaking of that, when you select the people to work on a certain figure, do you take into account personal preferences? For instance, would you prefer to assign a character to a fan of that game to possibly achieve a better result?

K: That does happen. A fan of the series can relate with the customers, so they can create something more similar to what people who love that series want.

That being said, they shouldn’t go overboard, and at times we have to try to look at things from a more detached point of view. 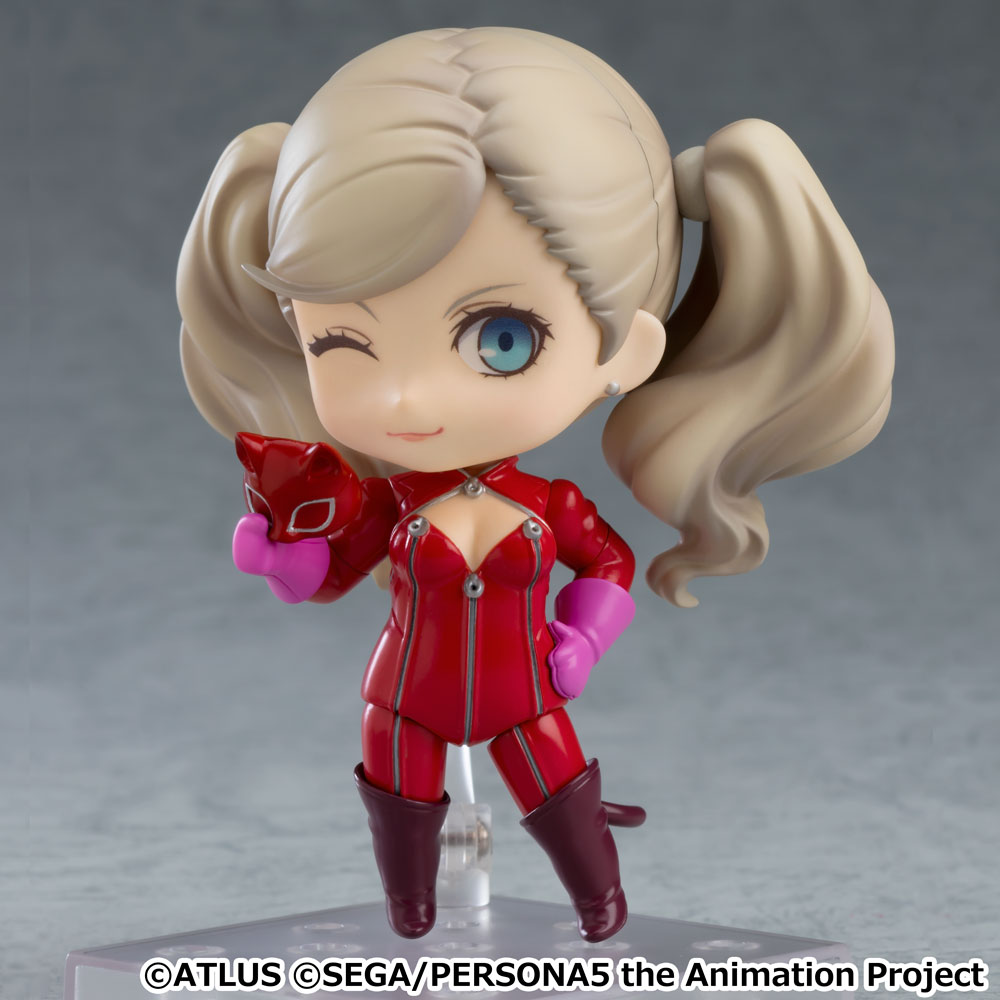 G: Nendoroids normally come with additional face parts to create different expressions. How are those selected?

K: We look at various faces and we pick the expressions that are representative of the character. Then we start dropping those that look similar and we keep going until there are only two to three expressions left.

G: The Persona series has extremely passionate fans who hold even Atlus itself to a very high standard. Does this add any more pressure to your work?

K: There is some pressure, but more than pressure, my feelings are closer to sharing with the other fans the excitement of having fun with those characters.

Ann Takamaki’s Nendoroid is currently available for pre-order at Good Smile’s own store. She will be released in November 2019.