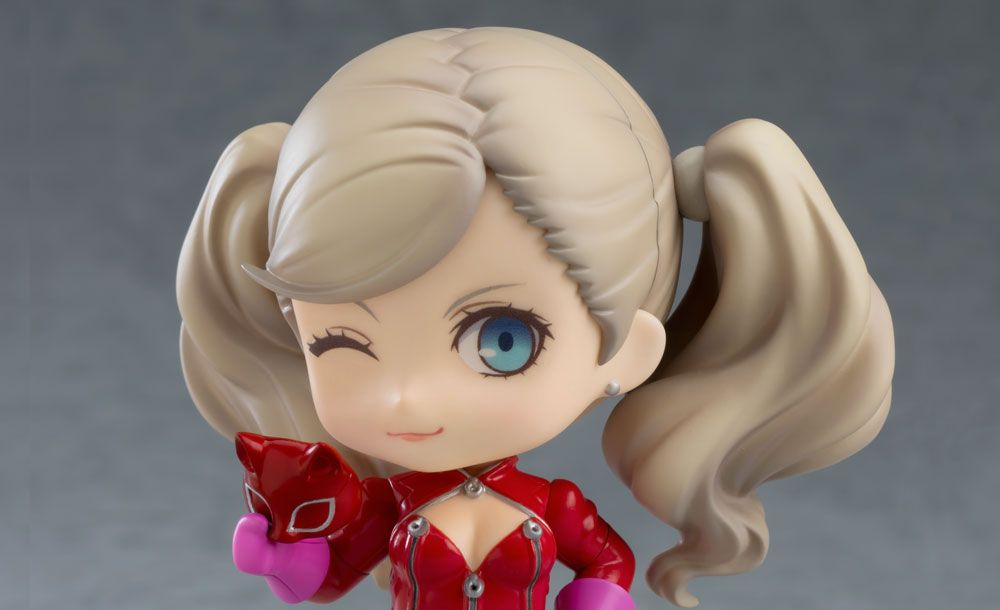 Today Good Smile Company just announced via press release that a new nendoroid has been made available for pre-order, and it’s Ann Takamaki from Persona 5.

This one will be released in November, and she’s already available for pre-order at Good Smile’s own online store for 5,400 yen, which translates into approximately $50.

On top of this, we also learn that the nendoroid portraying everyone’s favorite cat-non-cat Morgana is also coming back with a reprint.

Here’s an official description directly from the press release.

“She comes with several optional parts including her whip, submachine gun and a miniature sized mask she can be posed holding! Additionally, a cut-in sheet is included to recreate Persona summoning sequences and All-Out Attack finishes!

She comes with three face plates including a standard expression, an angry expression and a winking expression. Be sure to add her to your collection, along with the other Persona series Nendoroids!”

Ann is made in the traditional mix of PCV and ABS, and being a chibi figure, she isn’t very tall, standing at approximately 100 mm.

If you’d like to know what she looks like, you can enjoy a gallery below. You can also read our interview in which Good Smile Company describe how Ann was turned into this adorable Nendoroid.

Ann isn’t the only Persona 5 Nendoroid coming soon, as fans are eagerly waiting for Yusuke Kitagawa as well.

If you want to see more about the upcoming game, we recently saw new gameplay featuring the Hatsumode visit to the shrine on New Year, the reaction of the fans to the recent trailer, quite a few screenshots of the game, on top of a few more gameplay videos, and a third batch. We also got an overview of the new content, and a version of the trailer subtitled in English.