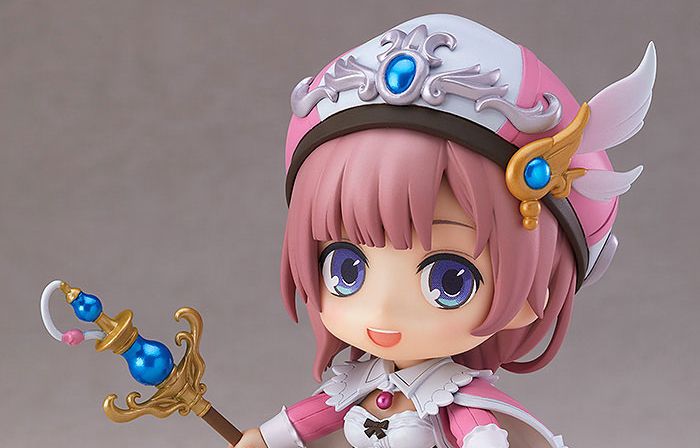 Good Smile Company made a brand new nendroid available for pre-order, and this time around it’s Rorolina “Rorona” Fryxell from Atelier Rorona: The Alchemist of Arland.

Rorona can now be pre-order at several Japanese retailers, including AmiAmi for 4,420, which translates to approximately $40.

She is sculpted by toytec D.T.C and she’s pretty small, standing at 100 mm tall.

Made with the usual mix of ABS and PVC, she comes with her own base (Nendroids usually can’t stand on their own diminutive feet very easily) and plenty of accessories.

“From the first game of the Arland series that released 10 years ago, “Atelier Rorona: The Alchemist of Arland”, comes a long-awaited Nendoroid of the protagonist Rorolina Frixell, also known as Rorona!

She comes with three face plates included her standard expression, her energetic smiling expression and her gallant combat expression. Her hat is removable. She comes with many optional parts including her staff, a flask and a cauldron so you can recreate your favorite scenes of her working in the alchemy workshop! Be sure to add her to your collection!”

It’s worth mentioning that an older Rorona will soon return in Atelier Lulua: The Scion of Arland.