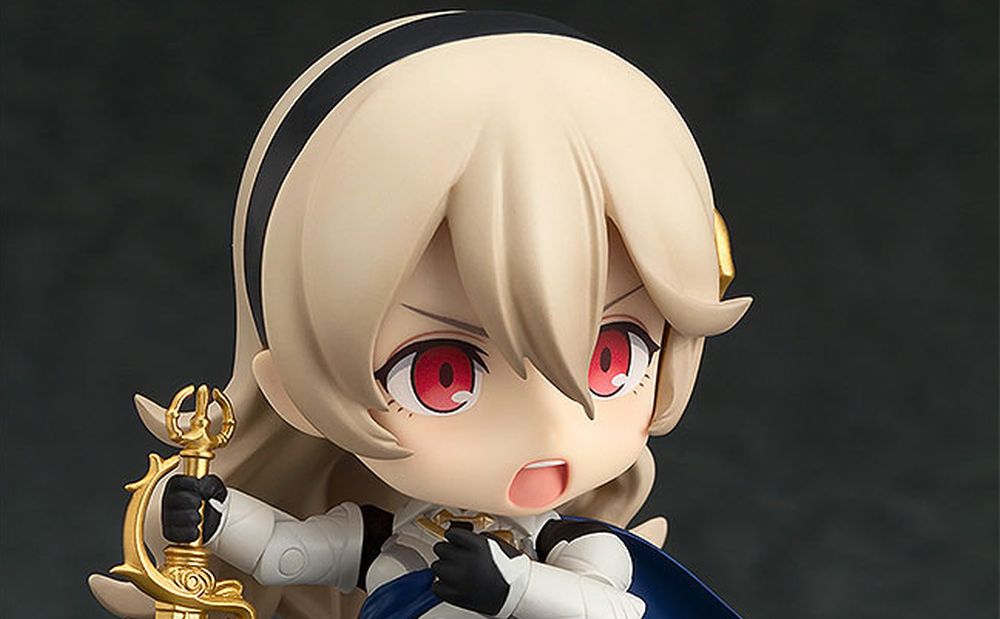 The first is female Corrin from Fire Emblem Fates (courtesy of Japanese retailer AmiAmi). She’ll come in October 2019 for 4,430 yen, which translates to roughly $40.

The second and third entries are from the popular mobile rhythm game BanG Dream!, featuring Arisa Ichigaya and Kokoro Tsurumaki in her Stage Outfit. They’re both coming in October, costing respectively 3,840 yen ($34) and 4,270 yen ($38).

The fourth figure is Ise Kai Ni from Kantai Collection, also coming in October for 7,120 yen, which is in the ballpark of $64,

The fifth isn’t properly from a video game, as it’s Eugeo from the Sword Art Online: Alicization anime. That being said, it’s getting a game soon for Ps4, Xbox One, and PC, so I added him as a bonus anyway. I’m sure you don’t mind.

As usual for nendroid figures, they’re fully posable and they come with plenty of accessories like weapons (or musical instruments) alternate heads with different expressions, hands, and a base since this kind of figure won’t stand upright without external assistance. With those mini-feet, it’s pretty much impossible.