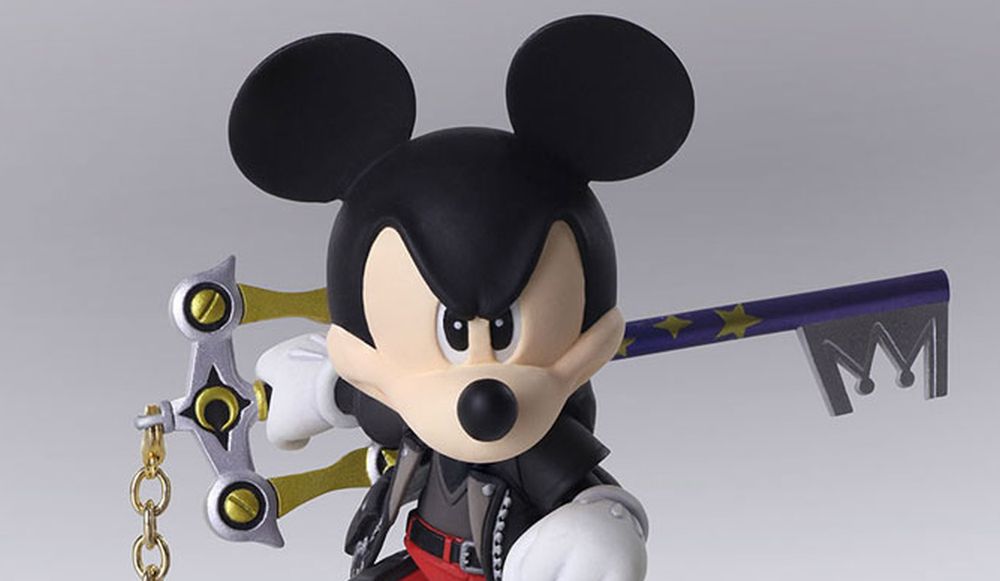 The first figure is King Mickey from Kingdom Hearts III (courtesy of Japanese retailer AmiAmi), releasing in September 2019 for 5,050 yen, which translates into roughly $45.

Like all Bring Arts figures he’s fully posable and comes with several accessories like alternate hands, heads, and weapons.

The second (and I guess I should have said that it’s technically three figures since this one includes two in a set) portrays NieR and Emil from the original NieR RepliCant.

They cost 12,900 yen and they will also release in September. Even here we have plenty of accessories including weapons, hands, and the Grimoire Weiss.

All figures include a base with a pose stand since Japanese action figures (including Bring Arts, figma, and more) tend to have issues standing upright without assistance. They’re designed to look natural and not to be balanced in every position.

If you want to see what they look like you can check them out in the gallery below.

Kingdom Hearts III is currently available for PS4 and Xbox One. The original NieR was released for PS3 and Xbox 360, but the NieR portrayed here comes from the PS3 version.