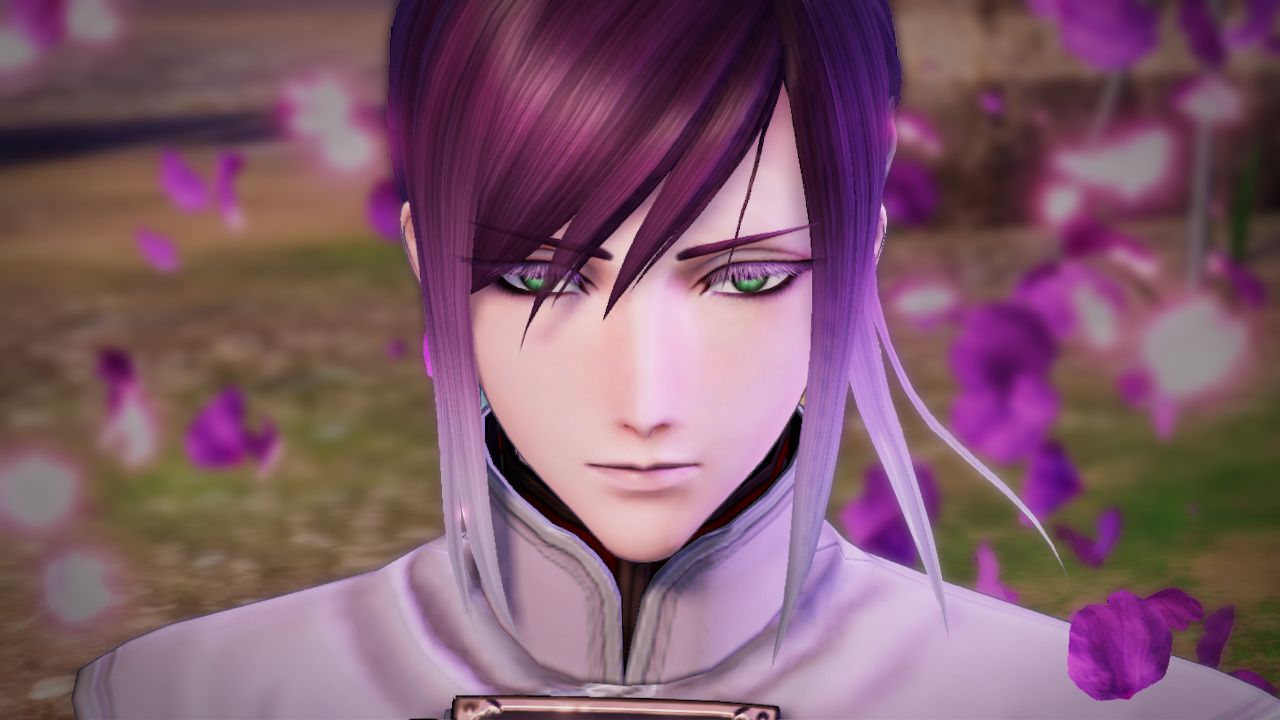 Here’s how he is officially described:

A mysterious person who wields an otachi (great sword).
He is calm and collected despite his somewhat fragile appearance.
He becomes involved with Mikazuki Munechika and the other honmaru Touken Danshi, but…

He’s voiced by Takuma Terashima, mostly known for his role as Ittoki Otoya in the Uta no Prince Sama series.