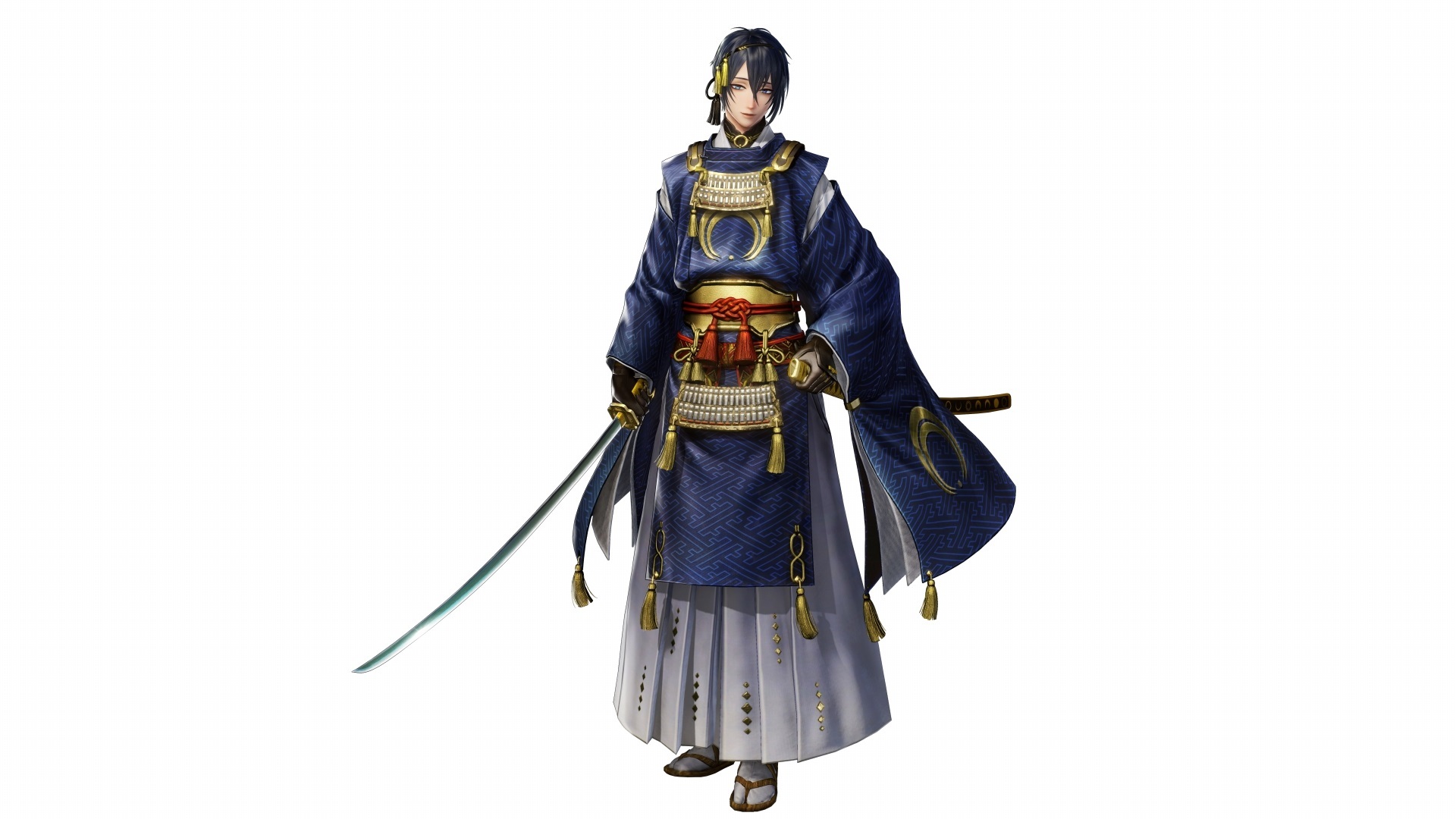 Today DMM Games and Nitroplus announced a collaboration with Koei Tecmo to bring together the popular Touken Ranbu franchise with Warriors-style gameplay with Touken Ranbu Musou.

If you’re not familiar with Touken Ranbu, it’s a popular franchise based on a PC browser game mostly aimed at an audience of ladies in which the player travels to the past and collects legendary swords represented by young men.

The new game will be developed by Omega Force, known for its work on Warriors games, and Ruby Party, Koei Tecmo’s otome games brand (Otome games are visual novels usually featuring harems of handsome men aimed to an audience of ladies, like Touken Ranbu).

The world of Touken Ranbu will be reproduced in 3D and today we get to see Mikazuki Munechika, portrayed below.

While we know that the game will be released on Nintendo Switch and PC, release window, pricing, and similar information has not been disclosed. At the moment, a western localization of Touken Ranbu Warriors has not been announced.

That being said, the original Touken Ranbu Online has been localized in English this year, so you never know. We may hear about a western launch at some point in the future.