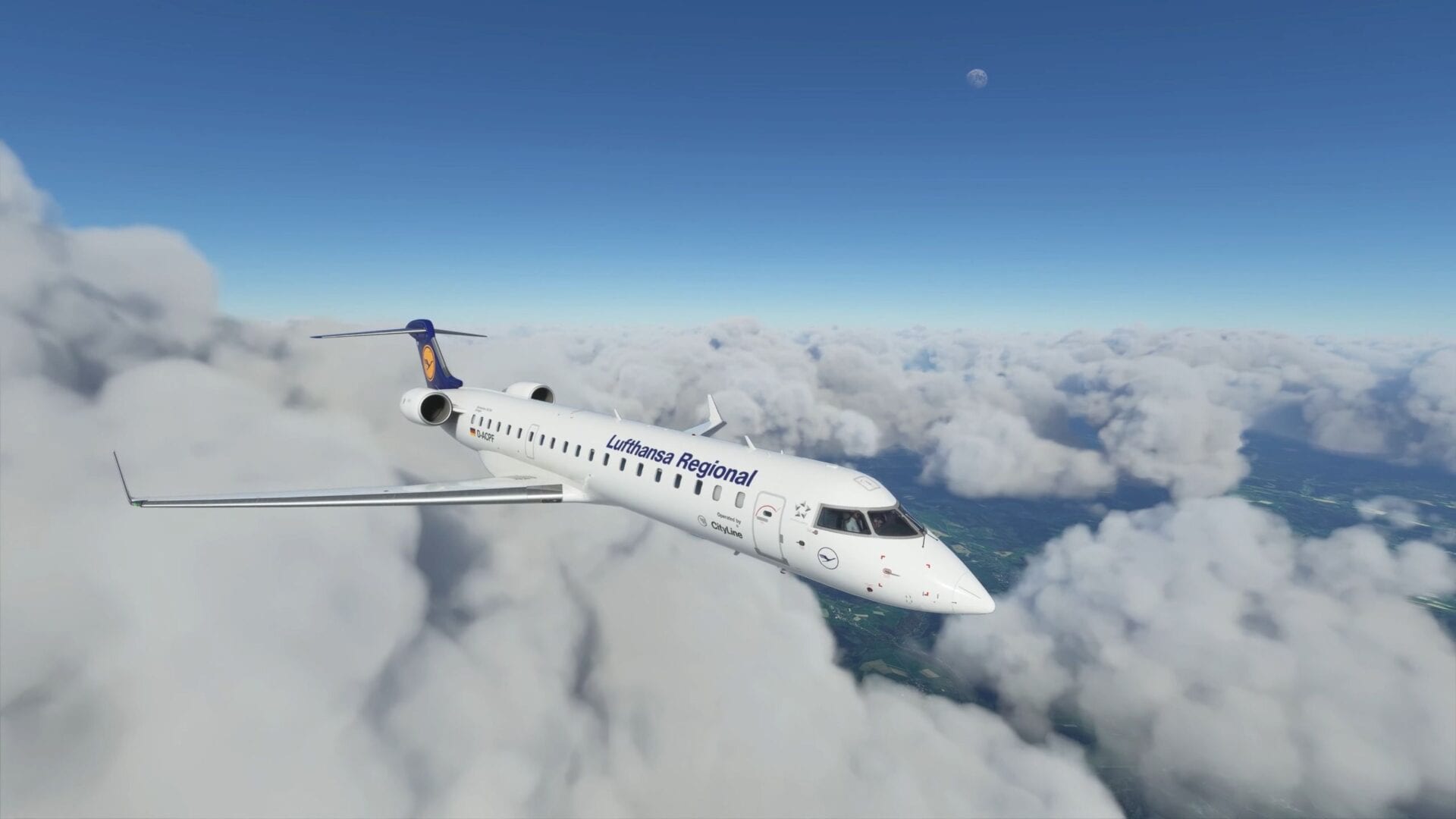 First of all, we get to take another look at the upcoming Bombardier CRJ package (sources: 1, 2, 3).

A new video of the “Come Fly With Me” series explains what all those antennas sticking out of the aircraft are for. Of course, it’s also the perfect chance to show off just how detailed the model is.

Incidentally, we hear that the aircraft suffered another small internal delay, but we get the promise that it’s just by days, not weeks. In the meanwhile, the additional time is letting developer add features like a wing camera and tweakable cabin lighting, which you can see in the gallery below.

On top, we get the confirmation that the aircraft will support wingflex, which was previously a nearly-taboo topic, as mentioned by project manager Mathijs Kok.

“Okay okay, we’ll admit. The CRJ has wing flex. But not the ‘floppy’ wings I see so often in other aircraft. This is pretty sophisticated stuff with it’s own controller. Only that way could we get the 10 Hz ‘vibrations’ of the short wings. Very noticeable on the ground. We believe it is damned cool because it is not done as a gimmick but really as realistic as possible.”

Speaking of airports, Aerosoft released Bonaire Flamingo International Airport airport (TNCB) which can now be purchased on Aerosoft’s store for €12.25 including applicable VAT.

Without spoiling my upcoming review, I can tell you it looks really good, as you can see in the gallery below, alongside a feature list.