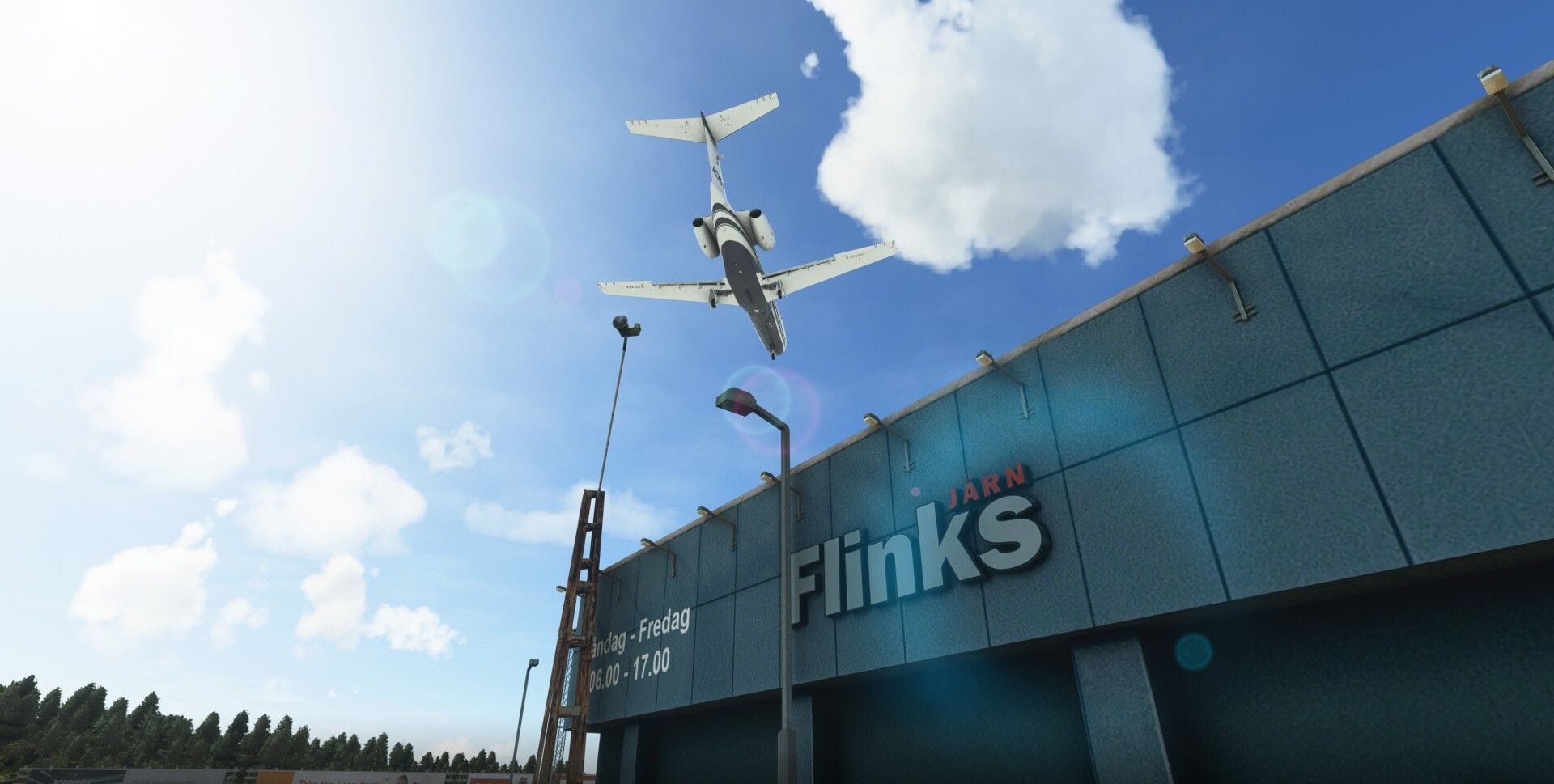 Microsoft Flight Simulator is getting add-ons at a breathtaking pace, and today more have been announced by multiple developers.

The best part of this is that the package will also include a ton of landmarks to decorate the city itself.

You can check out the first official screenshots and an official description with feature list below.

“Serving a wide variety of domestic destinations as well as chosen few international routes, Bromma Airport is the third busiest airport in Sweden, located in the heart of Stockholm. The airport, which opened up roughly 90 years ago, is also a key business jet hub and a former home for the government’s private jets. Located in the Stockholm district that gave it its name, the airport offers a most magnificent approach over the most central parts of the Swedish capital with views over the old town, Gröna Lund, Söder, Rådhuset, Djurgården and even Kaknästornet can be seen in the distance.

Bromma Airport has been built to the highest standard and with no detail spared, as well as an updated Stockholm city with over 100+ custom POI’s, crisp color-balanced custom aerial imagery as well as various other upgrades that brings the city to life. An incredible amount of work has also been put on making the final approach over Bromma to be as spectacular as it is in real life.

An airport and city built to the highest standards, Bromma Airport and Stockholm City combines the latest Microsoft Flight Simulator tech alongside best-practice optimization to ensure the perfect balance between stunningly high-fidelity visuals and excellent performance, perfect as your next Scandinavian destination!”

Next comes from Aerosoft, and it’s Augsburg (EDMA), another smaller field dedicated to general aviation and business traffic in the heart of Germany.

Below you can catch a trailer and a short description.

“Welcome to Augsburg Airport! This German Airport is located 7km north of the city of Augsburg and is mainly used for general and business aviation flights.

Make use of the latest MSFS SDK features, this add-on offers a high-quality flying experience with much attention to detail.

High-resolution and detailed textures are included for runway, taxiways, aprons, buildings and much more!”

Last, but not least, is an update from SamScene3D, that announced a new city package dedicated to the Egyptian capital, Cairo. It’s coming in April, while February will see the release of Macau and an update for Hong Kong, and March will bring an update for Seoul.

For now, we don’t have any screenshots of this one, but more scenery outside of North America and Europe is always welcome.