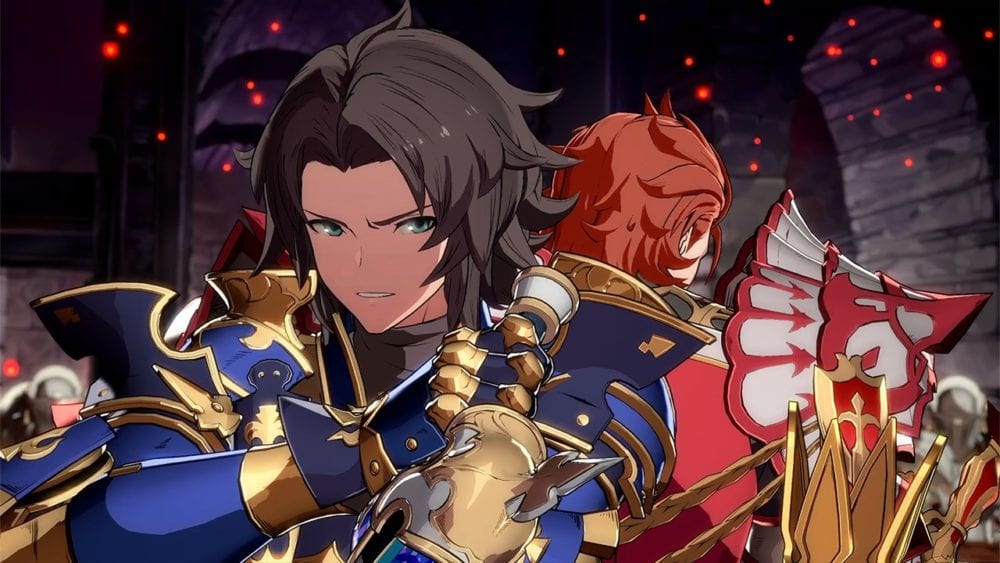 Cygames is continuing to reveal new assets of its upcoming fighting game Granblue Fantasy Versus, developed by Arc System Works.

The reveals were made via Twitter (1, 2), and they’re rather interesting.

First of all, we get to see a new video showcasing a neat feature. Basically when specific characters fight each other in a match, they get a specific music track on the background.

Interestingly, the characters will also say special lines underlining the relevance of the matchup.

The example we see shows Lancelot versus Percival, but the tweet also mentions that Zeta versus Vaseraga get the same treatment.

Next, we get to see the beautiful artwork created for the “Colossus Magna” boss.

We learn that initially the plan was to create simply a Colossus (that Granblue Fantasy players on mobile are very familiar with), but since the team really loved the subject, they ultimately decided to make a “Magna” version.

Incidentally, If you’d like to learn more about Granblue Fantasy Versus, you may want to stay tuned on Twinfinite, because we have good stuff coming.

You can also take a look at the upcoming DLC, a trailer showcasing the soundtrack, another starring Zeta and Vaseraga, one revealing Metera, one showing off the RPG Mode, a few screenshots from a few months ago, another trailer revealing Percival and his first gameplay, another video announcing the previous character Ladiva, and the video that came before featuring Lowain.