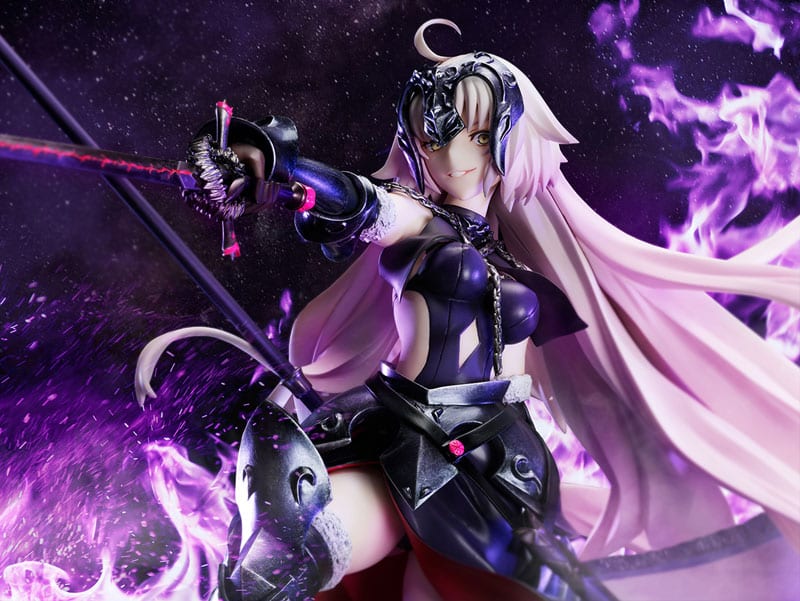 Fate/Grand Order is one of the most popular mobile games ever released, so it’s not surprising that Japanese figure manufacturers keep portraying its iconic characters.

This time around the spotlight is on a brand-new Jeanne d’Arc Alter figure by Tokyo-based manufacturer Licorne, that has just been made available for pre-order.

You can find it on AmiAmi for 32,900 which translates approximately into $299.

The price is a little steep, but it’s a really complex figure in 1/7 scale, measuring a whopping 46 cm including base and flag.

That being said, she will be released in January 2021, so you have a full year to save up.

The figure is sculpted by Sakurako Iwanaga of Shokubutsu Shoujoen and painted by Emi Hoshina under the direction of Fio.

If you want to see more figures dedicated to the game, you can check out Artoria Rider Alter by Alter, Dr. Roman by Good Smile Company, Merlin by ALTAiR, Miyamoto Musashi figma by Max Factory,  Mysterious Heroine X by Kotobukiya, Scathach bunny by Alter, Artoria Pendragon in her Heroic Spirit formal dress, Elizabeth Bathory Brave Version by quesQ, Ozymandias from MegaHouse, Mordred by Medicos, and Meltlilit by Alter.