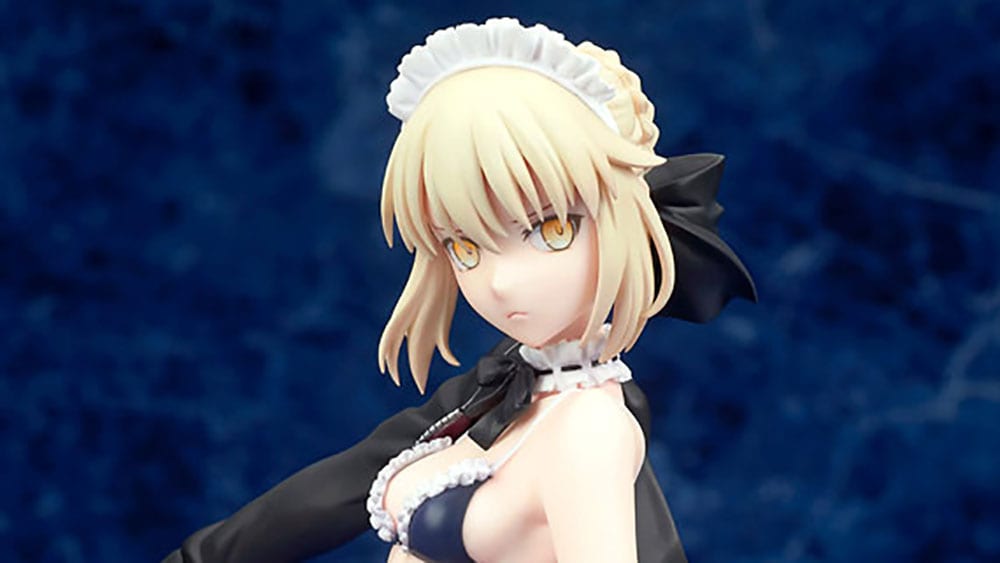 Fate/Grand Order is doubtlessly one of the most popular mobile games on the market, so it isn’t very surprising that Japanese figure manufacturers keep portraying its characters.

Alter made available another figure portraying the Rider Alter version of Artoria Pendragon (or Altria, depending on the transliteration you like). You can find her at several Japanese retailers including AmiAmi for 15,460 yen, which translates into approximately $142.

She will be released in August 2020, so there’s a giant lead time before you can actually get your hands on her.

The scale is 1/7 for approximately 230 mm of PVC sculpted by Yadokari and painted by Nanami Tetsumori.

From “Fate/Grand Order” comes a figure of “Rider/Altria Pendragon [Alter]” in the 2nd ascension style.
Rider gives viewer a penetrating look even when simply holding a mop!
Notice how being posed turning back brings out the supple body line, and the hair loosely spread out gives a sense of the air.
Next, a highlight of the figure is the texture of the hoodie and skirt’s frills flowing shape.
The handgun style water-gun and mop also have harsh looking metallic paint for a sharp finishing touch.
Alternating parts allows you display it with the hoodie removed.
This also lets you enjoy the previously hidden back and relaxed position of the arm.

The game has recently passed six million downloads for its western release in English, which is a testament of its popularity even outside of Japan (maybe even more than getting the same figure from two different manufacturers). 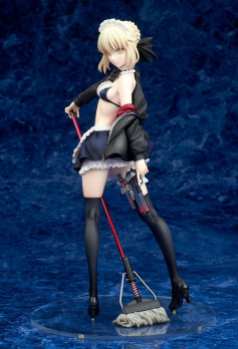 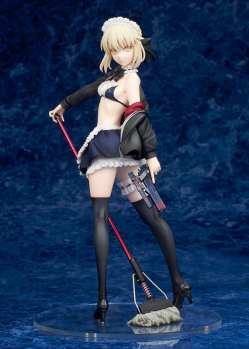 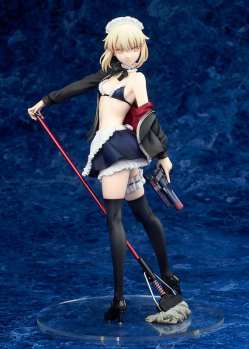 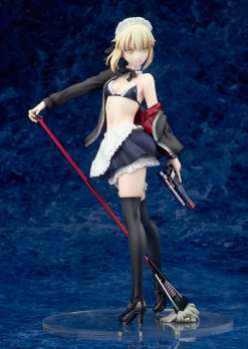 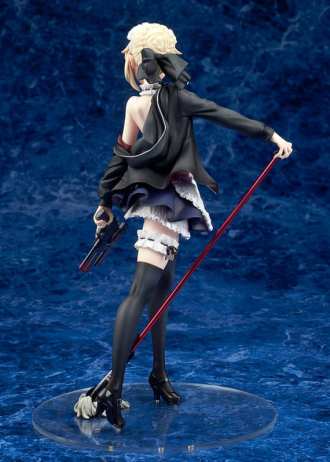 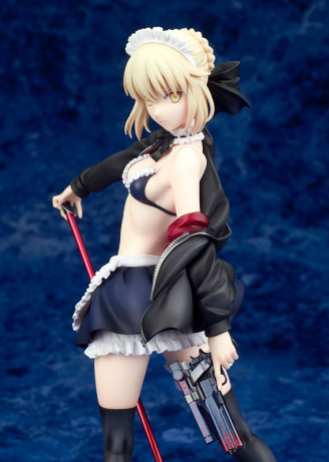 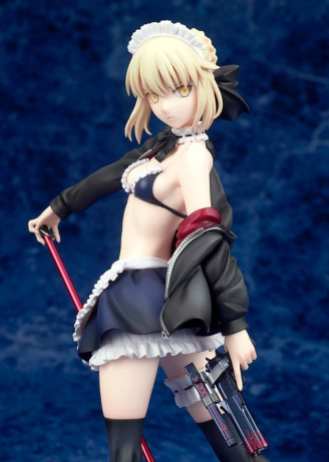 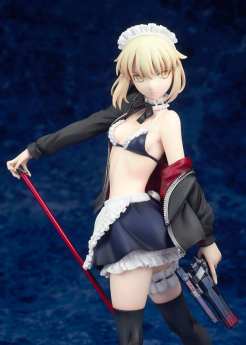 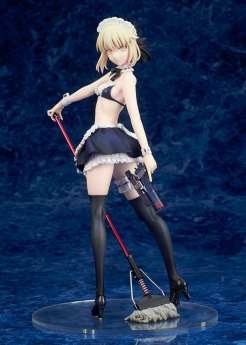 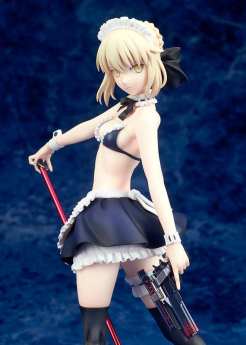 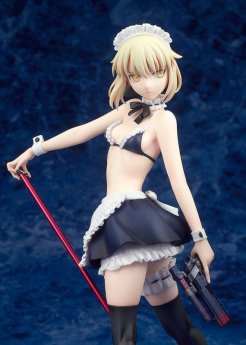