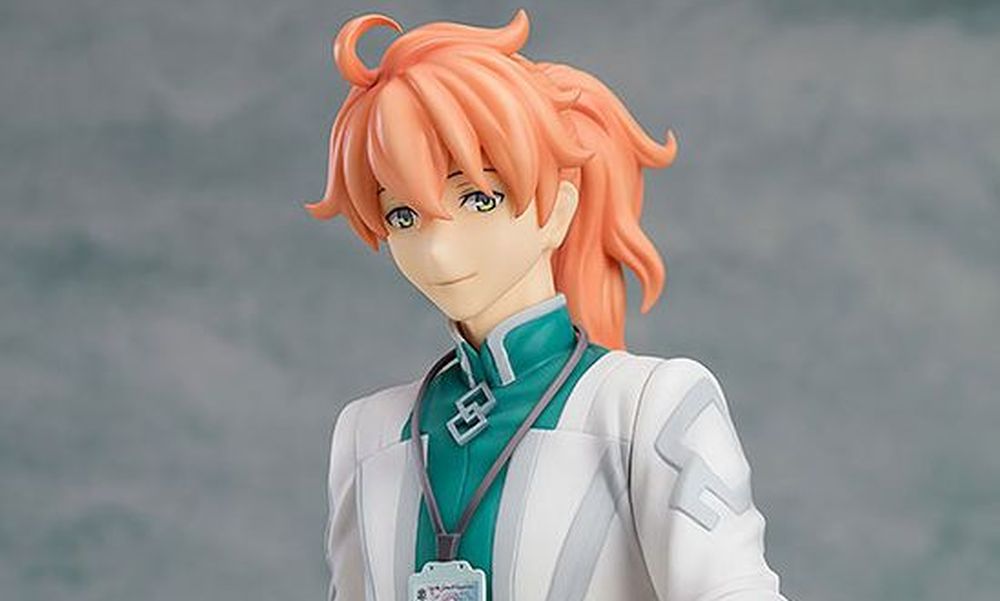 The ultra-popular Fate/Grand Order mobile game continues generating new figures, and this time around it’s Good Smile Company to introduce the next one.

You can reserve your copy on several Japanese retailers, including Ami Ami, priced at 11,600 yen, which translates approximately to $107.

“From the popular smartphone game “Fate/Grand Order” comes a scale figure of the head of Chaldea’s medical department, Romani Archaman, also known as Dr. Roman! He’s been sculpted in an original pose as though greeting the Master.

He holds out a coffee mug with a gentle smile on his face, as though showing his appreciation for the Master’s efforts. From the detailed gradation of his soft-looking hair to the careful sculpting of his coat, Romani is perfect to look at from any angle. Interchangeable left hand parts are included to display him with an outstretched hand. Be sure to add him to your collection!”

He is sculpted by Nanako Max Factory and made in the usual mix of PVC and ABS in 1/8 scale, resulting in approximately 230 mm in height.

The release window is February 2020.

Speaking of Good Smile Company, you can also read our interview in which they describe how Ann Takamaki from Persona 5 was turned into an adorable Nendoroid.