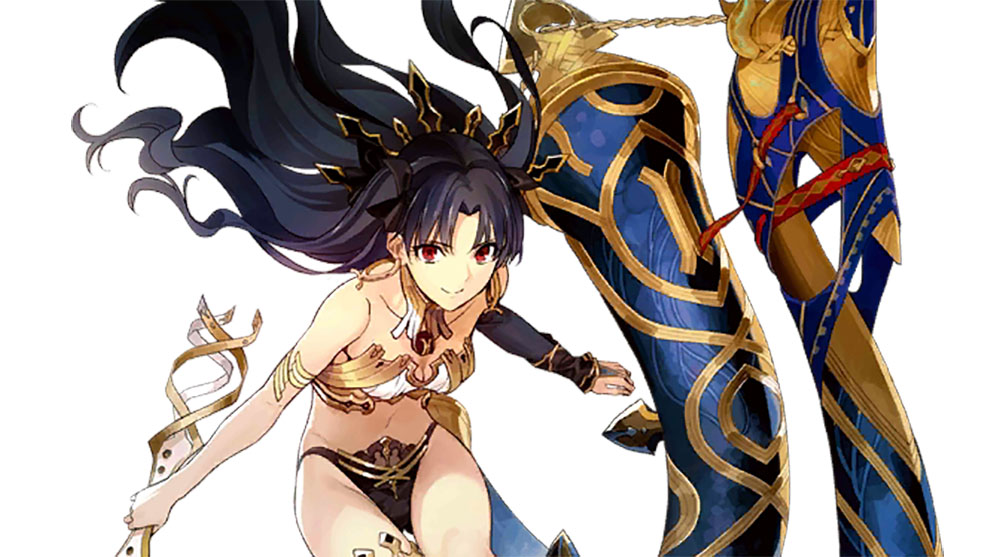 Today the publisher of the mobile JRPG Fate/Grand Order announced that the English version of the game passed six million downloads.

The milestone has been achieved in less than two years since the game’s western release in June of 2017.

In order to celebrate the event, players will be able to enjoy a nine-part 6 Million Downloads Campaign beginning May 15.

Below you can read what it entails directly from the press release:

Players will also be treated with the return of the advent of the goddess of Venus, ★5 (SSR) Ishtar, who will be available for summoning for a limited time only to commemorate six million downloads. Ishtar will be joined by fellow goddesses ★5 (SSR) Orion and ★5 (SSR) Quetzalcoatl with increased drop rates during their respective featured periods, along with ★4 (SR) Medusa (Lancer), ★4 (SR) Stheno, ★4 (SR) Gorgon, ★3 (R) Euryale, ★3 (R) Jaguar Warrior, and ★3 (R) Medusa (Rider).”

In the gallery below you can also check out Ishtar herself.

The English version of Fate/Grand Order is currently available for iOS and Android in the U.S., Canada, Australia, Singapore, Thailand, Philippines, and Vietnam.

If you’re interested in the game, quite a few figures have been recently announced, including a Miyamoto Musashi figma by Max Factory, the Mysterious Heroine X Figure by Kotobukiya, the Scathach bunny figure by Alter, tne Artoria Pendragon figure in her Heroic Spirit formal dress, the Elizabeth Bathory Brave Version Figure by quesQ, and the Ozymandias figure from MegaHouse.