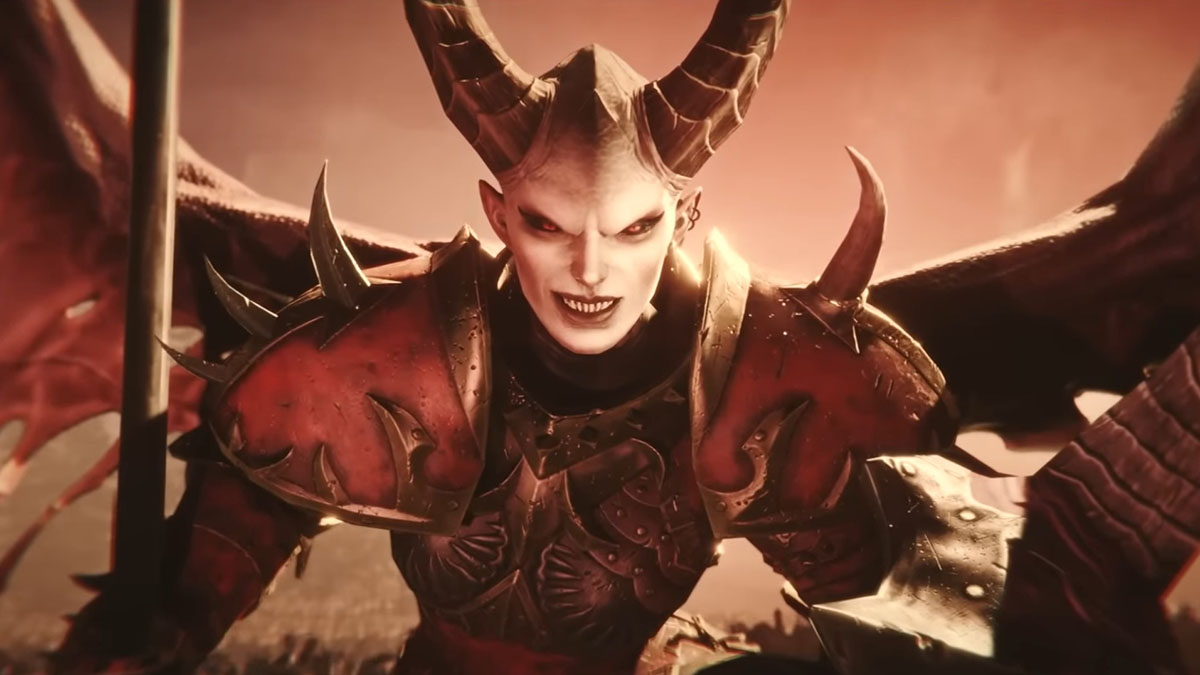 Following a tease last week, Creative Assembly announced the fourth legendary lord that will be included in the Champions of Chaos DIC for Total War: Warhammer 3.

The legendary lord is Valkia the Bloody, demon princess of Khorne, ready to drain blood from the Blood God and reap skulls for the throne of her master.

As a champion of Khorne, she’s all about battle. She can use the Daemonshield to gain temporary invulnerability or her sole presence buffs the warriors around her.

Her legendary lord effects are as follows.

You can check out her cinematic trailer below, and we’re likely going to see gameplay soon.