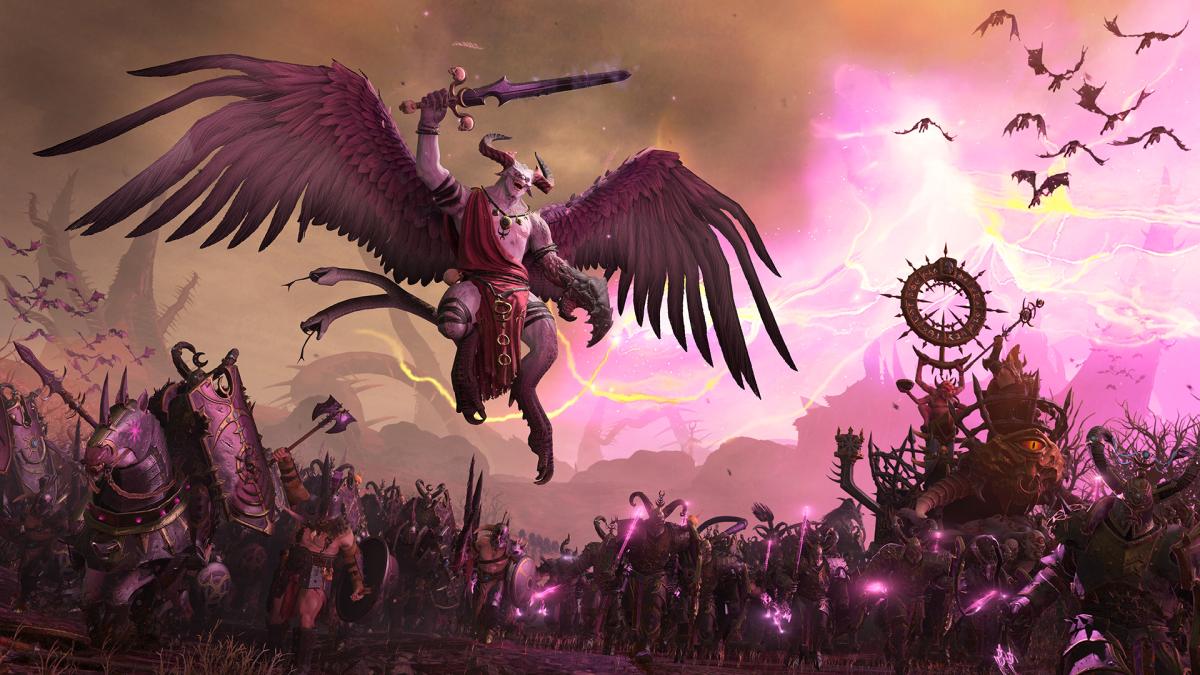 Today Sega and Creative Assembly announced a slew of content coming to Total War: Warhammer 3 at the same time as Immortal Empires’ beta in August.

First of all, the first paid DLC Champions of Chaos Lords Pack will include four legendary lords, each aligned with one of the Chaos Gods.

The first to be revealed is s Azazel, Prince of Damnation, aligned with Slaanesh.

The package includes the following

They will have their own campaign mechanics centered around the ancient city of Zanbaijin, allowing players to fight for chaos gifts, occupy dark fortresses, and vassallize Norscan tribes.

We’re also getting tons of new units which you can find listed at the bottom of the post.

The DLC will release on August 23 at the same time as the Immortal Empires beta.

On top of this, the Blood For The Blood God III DLC will also come, bringing its blood and gore to the battlefield. It’ll actually be free if you own one of the previous DLC of the same kinds for Total War: Warhammer or its sequel.

As usual, a free DLC will accompany the paid one for everyone, and it’s “Marked Chaos Warriors” including the following variants: