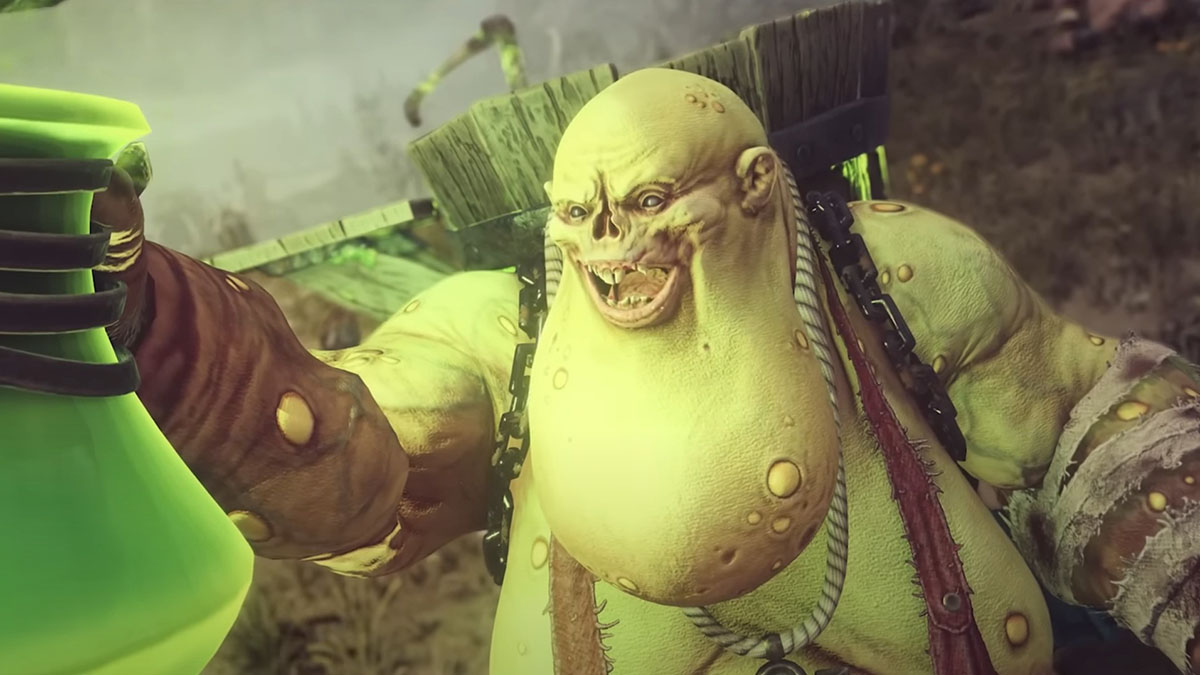 Today Sega and Creative Assembly revealed the second legendary lord that will be included in the Champions of Chaos DIC for Total War: Warhammer 3.

It’s Festus the Leechlord, champion of Nurgle, who aims to spread plague and disease all over the old world and beyond.

Festus can either heal his own troops or deal damage to the enemies on the battlefield (and you need to choose between the two).

His legendary lord effects are quite appropriate to his nature.

You can see him in action in the trailer below. Apparently, we’re getting an in-depth gameplay video tomorrow as we did for Azazel.

The Champions of Chaos DLC will launch at the same time as Immortal Empires’ beta on August 23. if you want to see more, you can check out Slaanesh’s champion Azazel and plenty of his gameplay.