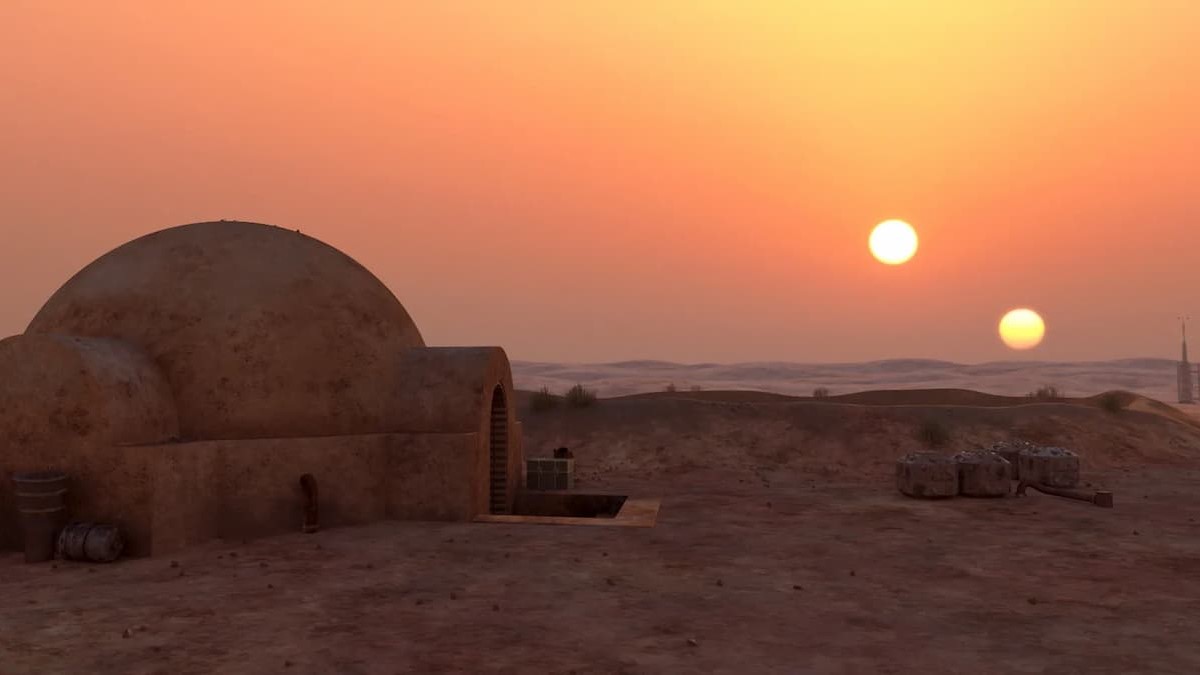 It’s time to take your Zoom meetings to the next level with these top five Star Wars Zoom backgrounds. Setting these backdrops will cause your co-workers, friends, and family to marvel at the franchise’s breathtaking sights and detailed environments. So, let’s explore a variety of images to find the best one fit for you.

Ever wanted to be the captain of the legendary Millennium Falcon? Well, now you can with this fantastic Star Wars Zoom background. This famous spaceship has been around the block with crew members like Han Solo, Chewbacca, and Rey. If you want to download this image and see more cool backgrounds of the ship, you can find it on the official Star Wars website.

You can also acquire this animated pilot version created by Reddit user u/krznpsk, as shown here:

Leader of the Storm Trooper Army

Embrace the Dark Side with this Storm Trooper Zoom background. These clone soldiers are one of the most popular characters in Star Wars due to their excellent designs and undying loyalty to the Empire. Furthermore, those who want to take over the galaxy with this army can find this background on the Savoring the Good website.

The first time we see the sandy desert of Tatooine is at the beginning of Luke Skywalker’s journey, and now you can be there too with this Zoom background. This planet has been in multiple Star Wars films since it is the home of Anakin and Luke. In addition, Tatooine makes its triumphant return in the Obi-Wan Kenobi series, which includes the characters Owen Lars, Reva, and Obi-Wan.

Training with Yoda in Dagobah

Everyone remembers Luke’s training with Yoda in Dagobah during the events of The Empire Strikes Back. With this Zoom background, you’ll be able to immerse yourself in the mysterious planet where the Jedi Master lives. If you want to use this image in meetings with co-workers or friends, you can get it on Virtual Background Image Collections.

Command the Death Star with this epic display of the Control Room inside the deadly base. This powerful weapon has been in various films, such as Revenge of the Sith and Return of the Jedi. Moreover, many monumental scenes occurred on this notorious base, like the rescue of Leia Organa, the battle between Darth Vader and Luke, and the reunion of Anakin and Obi-Wan.

An alternate version of the Death Star is also in The Rise of Skywalker, which exhibits the once evil weapon in ruins, as shown here:

You can find both backgrounds on the Star Wars official site, where you can view an extensive collection of other familiar places within the galaxy.

That does it for our picks of the top five Star Wars Zoom backgrounds. For more of the franchise’s content, check out the relevant links below and explore the latest news on Star Wars Jedi: Survivor.