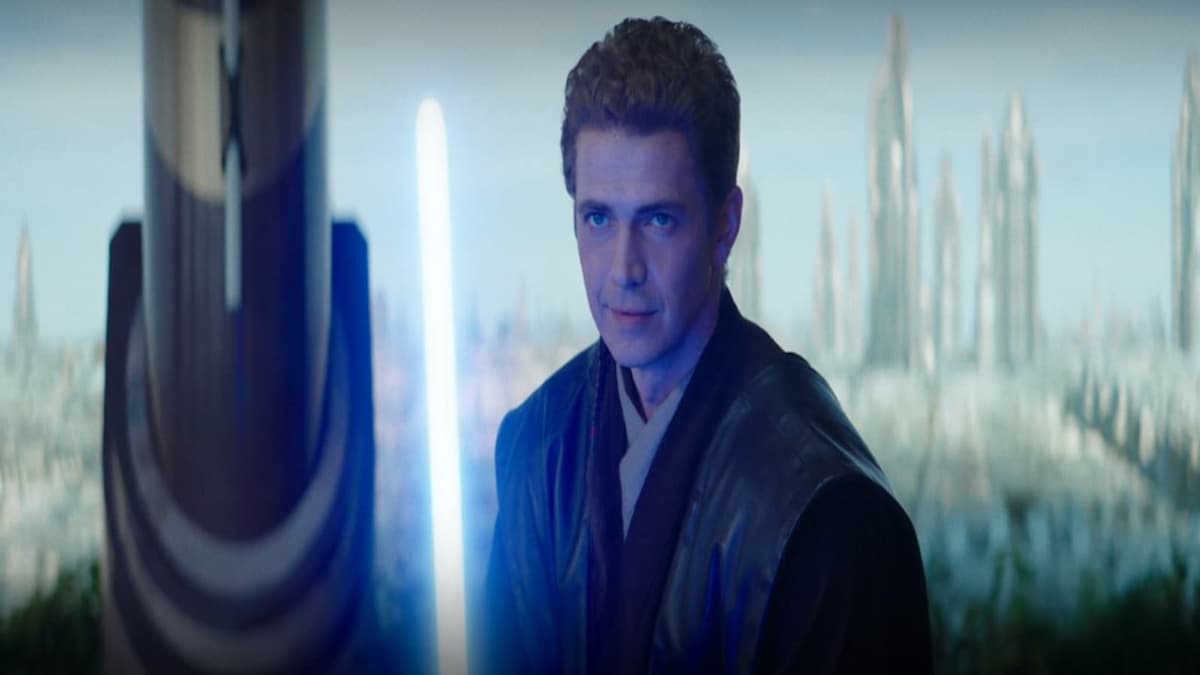 Anakin Skywalker’s lineage has been a mystery since Episode 1: The Phantom Menace. In the film, Shmi Skywalker claims that he was born without a father, which caused fans to speculate about his origins. Specifically, could Palpatine be Anakin’s father in Star Wars? Let’s examine the evidence presented in multiple comics and films to answer this.

Although many fans believe it is accurate, Palpatine is not Anakin Skywalker’s father. The cause of this theory started when Episode 3: Revenge of the Sith was released. In this movie, Palpatine tells Anakin about the Dark Side’s power to create life, thus leading the community to develop this hypothesis.

A panel from Darth Vader Issue #25 was the most significant factor influencing this rumor. This comic tells the story of Anakin as he experiences visions of life. While he embarks on this dreadful journey, he sees a glimpse of Palpatine corrupting the Midi-chlorians that created him, as shown here:

Even though it appears that Palpatine could be the father to Anakin, this isn’t what the comic writers intended. After all, these visions are in his head, making him an unreliable narrator. In addition, the Dark Side is corrupting his mind at the same time. Matt Martin of the Lucasfilm Story Group has made it clear that this theory is false in a Twitter post here:

While Palpatine is not the father, he did possibly have some impact on Anakin’s birth. During the Grand Experiment, Sith Lord Darth Plagueis and Darth Sidious tried to create life through the Dark Side. But, the plan failed with all of his experiments destroyed. This event could have possibly triggered the existence of Anakin Skywalker. Palpatine believed this to be true and used it to his advantage, leading to Darth Vader’s creation.

So, there you have it, Palpatine is not Anakin Skywalker’s father. If you want to understand more of the Star Wars lore, you can view our guide on who Reva is in Star Wars: Obi-Wan Kenobi. You can also explore the relevant links below for additional content.