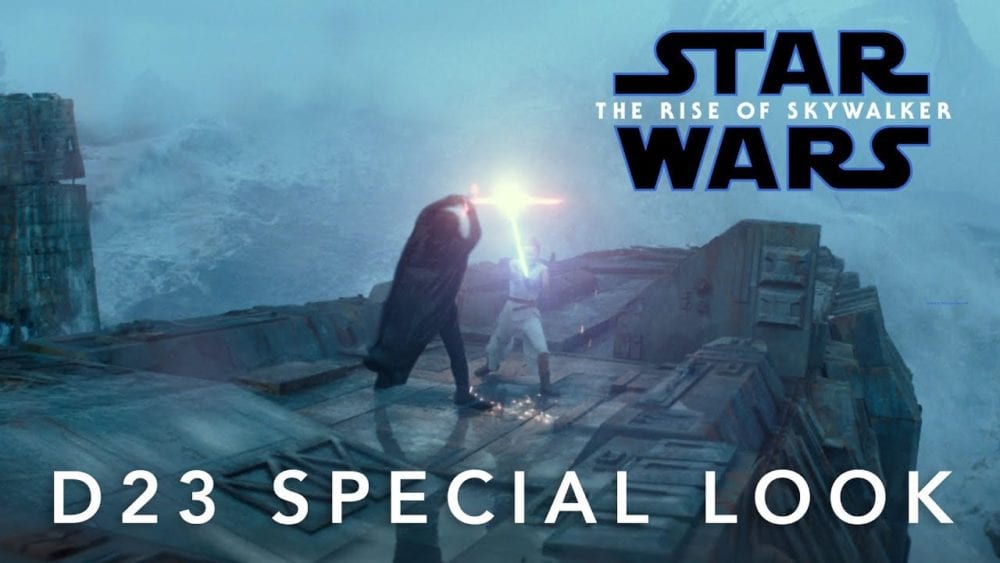 Disney has released a new teaser trailer for its third Star Wars film The Rise of Skywalker called D23 Special Look. The trailer recaps the history of the Skywalker family throughout the entire movie franchise before teasing clips of the upcoming film.

The trailer describes the film as “a story of a generation comes to an end,” with its finale montage showcasing images of Carrie Fisher and Daisy Ridley in quick succession.

As the triumphant soundtrack reaches its crescendo, we get to see several teases of clips from The Rise of Skywalker; most notably, Rey wielding her new double red lightsaber that looks oh so similar to Darth Maul’s.

Elsewhere, footage of an absolutely enormous camp of what are presumably allies of the resistance is seen, as is the tease of a space battle on a biblical scale, before finally a short clip of Rey and Kylo Ren duking it out to the backdrop of a stormy ocean.

Right before the clip ends we hear the telltale noise of Darth Vader’s breathing apparatus as the Emporer narrates.

We’re not sure how any of this will piece together, but one thing’s for certain: The Rise of Skywalker promises an epic conclusion to this recent trilogy.

Check the trailer out for yourself below:

In related Star Wars news, if you haven’t already then check out Respawn talking about their upcoming Star Wars game Fallen Order in detail.