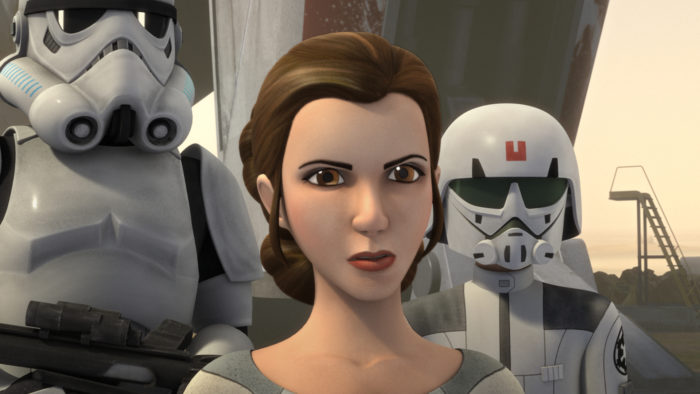 “After the tragic loss of Carrie Fisher, we feel that it is only fitting for Disney to do away with the rule that an official Disney princess must be animated and make Leia a full-fledged princess,” reads the petition started by fan Cody Christensen. “This would be a wonderful way to remember Carrie and a welcoming to one of Disney’s new properties that is beloved by millions.”

Fisher, who famously portrayed Princess Leia in four Star Wars films and will do so for the final time in the upcoming Star Wars: Episode VIII, passed away at the age of 60 after suffering a heart attack. Although Princess Leia is a Disney princess insofar as the character is (obviously) a princess and one that is owned by Disney, she is not part of the official Disney Princess Line.

Featuring 11 princesses, the line was created in 2000 mostly as a merchandising sales device. Each member princess has one thing in common: they all made their first Disney appearances in animated films. Despite appearing in the animated Star Wars Rebels show last year, Princess Leia doesn’t meet that criteria. Her first on-screen appearance was in 1977’s live-action Star Wars: A New Hope, while the live-action Star Wars: The Force Awakens was the character’s first role following Disney’s purchasing of the Star Wars franchise in 2012.

Christensen’s petition seeks to have Disney wave the animated-first rule. “What we are asking is that the Walt Disney Corporation hold a full ceremony inducting Leia as the newest Disney princess as well as a special service in memory of Carrie Fisher.”

If the petition reaches its 75,000 signatures goal — which seems a near certainty at this point — it will be sent to Walt Disney CEO Bob Iger.