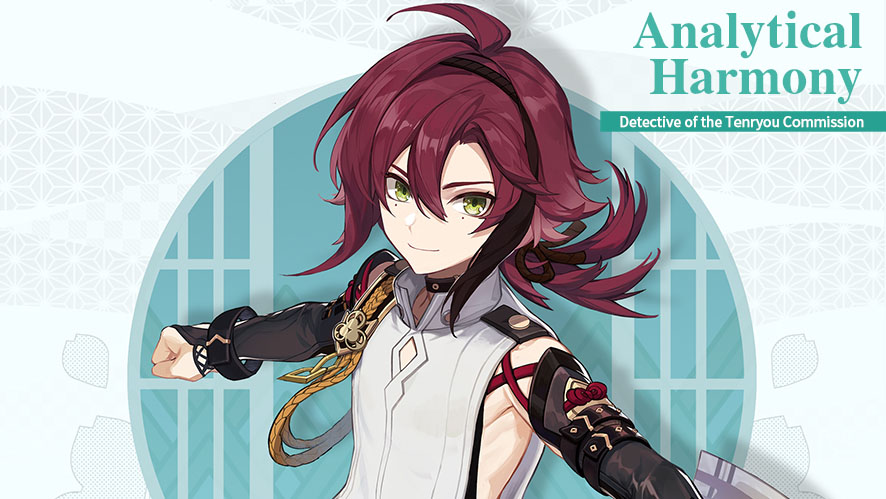 The new character is named Shikanoin Heizou. He’s defined as “Analytical Harmony” and described as a “Detective of the Tenryou Commission”.

We also hear from Kamisato Ayato about him:

“Doushin Shikanoin has admirable wit and insight. While he is unfettered and unrestrained in demeanor, one should not dismiss his talents. The Tenryou Commission is incredibly fortunate to have such a man in their ranks.”

This announcement is perhaps surprising because new characters are usually revealed after an update goes live, but HoYoverse has suspended updates due to the ongoing lockdowns in China.

At the moment, there are two more pending characters that have been revealed for 2.7, Yelan & Kuki Shinobu, so unless HoYoverse condenses the updates, it’s likely Shikanoin Heizou won’t come until 2.8.

You can also read and see more about the latest update 2.6.