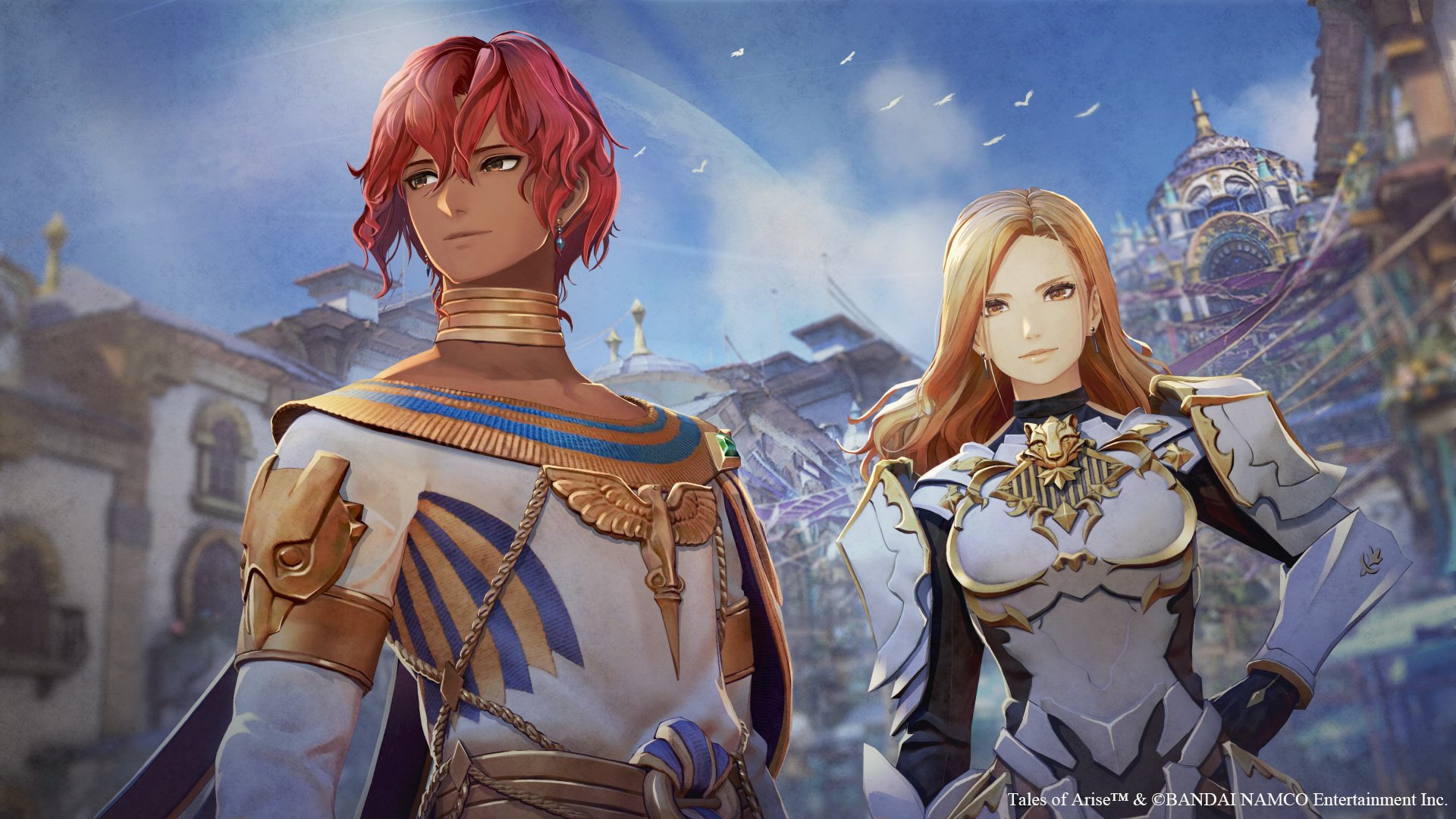 The wait for the next chapter of the beloved Tales of JRPG series is almost over, and Bandai Namco has released a new trailer to celebrate Tales of Arise.

This one focuses on two of the playable characters, Kisara and Dohalim, providing another look at their cutscenes and gameplay. It follows similar trailers for Alphen & Shionne and Rinwell & Law.

You can watch it below in English and Japanese, depending on your voice acting language preference.

Tales of Arise is just a couple of days away and it’s coming on September 10 (September 9 in Japan) for PS5, Xbox Series X|S, PS4, Xbox One, and PC. A demo is available now.

If you want to take another look at the game, you can enjoy a trailer showcasing an overview of the game, one that revealed the theme song, the latest screenshots, the previous trailer, plenty of gameplay from a few days ago, and another batch, more recent gameplay, the trailer showcasing Shionne, one focusing on Alphen, one introducing Law, one showing Rimwell, one starring Kisara, one focusing on Dohalim, a video introducing the battle system, lots of gameplay, the latest screenshots, a recent trailer, the previous trailers and screenshots, more gameplay, another reveal including details on editions and bonuses, another trailer, one more, another promotional video in English, some screenshots and artwork, the first batch of images, and the original announcement trailer.