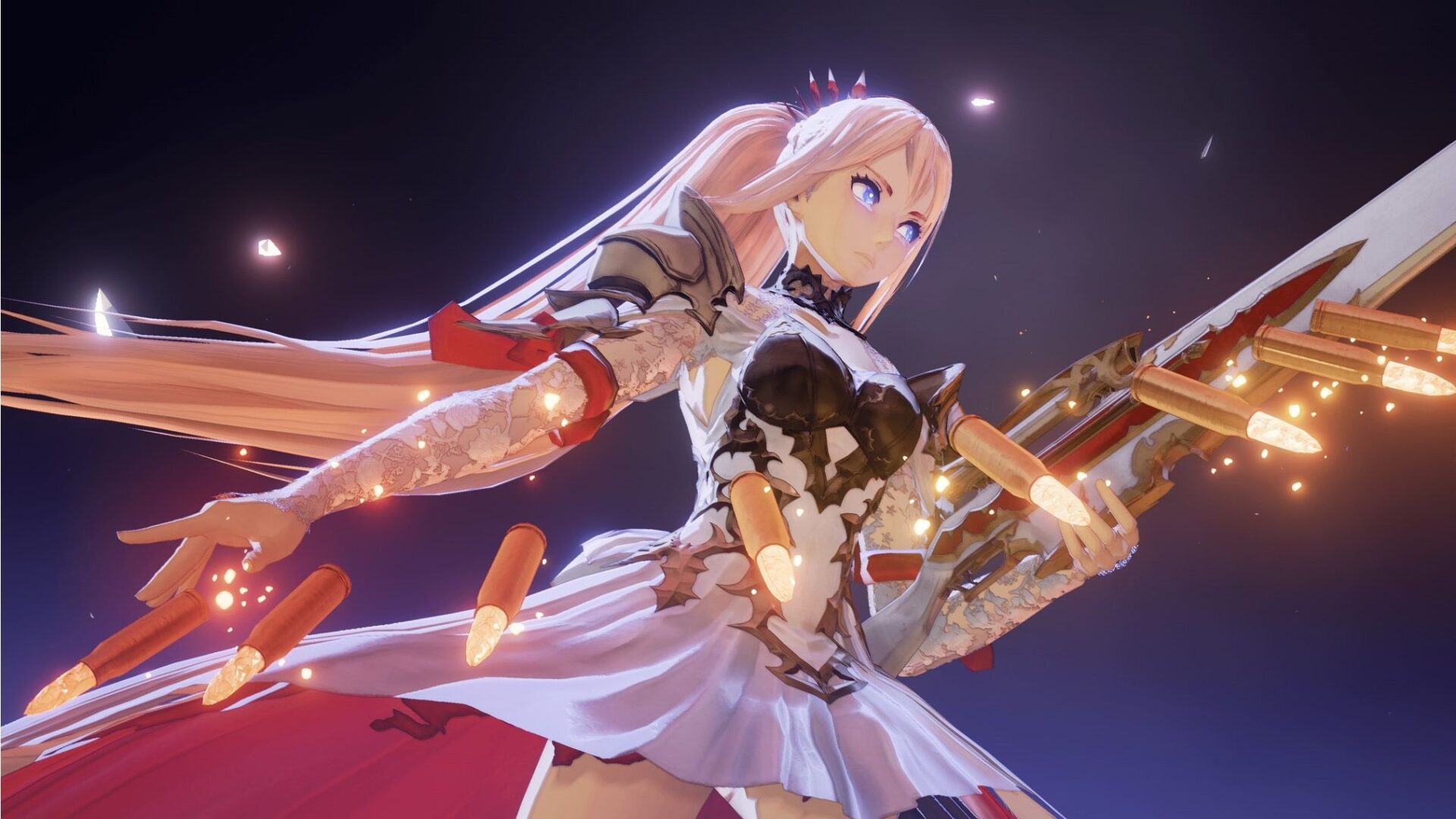 Today Bandai Namco shared a press release with plenty of new screenshots and a trailer of the upcoming JRPG Tales of Arise.

We learn that in the game you can assign 3 artes used on the ground and 3 in the air to different buttons, and a total of twelve using combinations of buttons.

In the gallery, we get to see the four characters introduced so far on top of a new one, Jilfa. He’s the leader of Red Raven, a resistance group in Calaglia.

He usually assesses the situation calmly, has the intelligence to lead, outstanding fighting skills, and the trust of his comrades. Together with Alphen and Shionne he aims to overthrow Calaglia’s tyrant, Balseph.

He can join the party as a support member and can overwhelm the enemies with powerful attacks due to his strength.

Incidentally, the press release included the confirmation that the PS5 & Xbox Series X|S versions of the game will have short loading time when transitioning into battle, performance and graphics modes aiming respectively to 60 FPS and 4K. The PS5 version will also support the DualSense’s haptic feedback and the console’s help feature.

Speaking of characters, we get detailed descriptions for those we already knew as well.

Alphen is a young man who woke up with no memories and wearing a mysterious mask. His Dahnan comrades keep collapsing under their daily labor with the Renan just look and laugh. While the other Dahnans have grown used to seeing this kind of scenes, Alphen’s hate grows strong due to his lack of memories. After his encounter with Shionne, he draws a flaming sword and sets out to win his freedom while overthrowing the tyrant and breaking down the walls between the land.

Shionne is a Renan, but she meets Alphen while being chased down by Renan soldiers. She decides to cooperate with him not only in battle but also with her healing powers. She is called a traitor by Calaglia’s tyrant, Balseph. Why was she being chased by her own compatriots, and in a land where Dahnans and Renans hardly ever speak, what is her true purpose in using the Dahnans to achieve her goals?

Linwell descends from a clan that has been oppressed for a long time and has been living in hiding. They used to be called witches because they could use astral magic despite being Dahnans, so Linwell had to hide from both sides, including her own people.

When she hears rumors of Calaglia’s “Flaming Sword” and decides to join Shionne and Alphen hoping to liberate Sislodia. However, due to her past experiences, she hates the Renan more than anything else and struggle to work with Shionne.

Rowe is a young Dahnan man belonging to Rena’s secret police “Snake Eyes” that has been created stabilize the country. He confronts Shionne and Alphen who have been causing disruption in Sislodia.

Why a Dahnan like him collaborates with Rena betraying his own people? What is behind his occasional pained expressions?

The press release also include info about the two countries of Dahna.

Cagaglia is the land of eternal fire and swirling ashes where the star power of fire is taken by the Renans. The Dahnans who live here are forced to labor to extract the power of fire. They have spirit stones embedded in their arms and are mocked by the Renans that call them with a slur based on that. On the other hand, they call the Renans “glowing eyes” because of the glow emanating from their eyes when they use astral magic.

Sislodia is consistently frozen as the light has been taken away. Here the secret police called Snake Eyes have been capturing rebels in order to stabilize the Renan rule. The locals are always afraid even of their own people due because many act as informers.

Each region has its own resistance organization and they will cooperate with Alphen’s party, but they’re not always seen as heroes by the people as their acts of defiance and the conflict often causes Rena’s iron fist to become harsher.

If you want to take another look at the game, you can enjoy the latest gameplay,  previous reveal including details on editions and bonuses, the latest trailer, another one, another promotional video in English, some screenshots and artwork, the first batch of images, and the original announcement trailer.