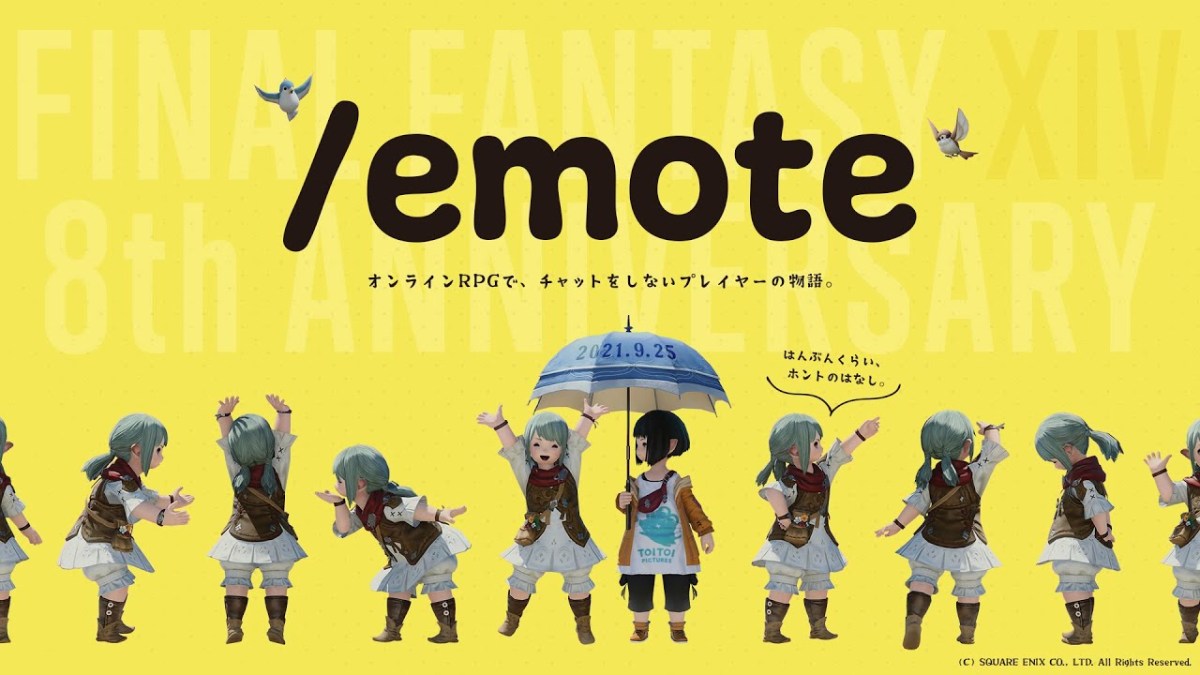 You may already know this group of Japanese filmmakers for their amazing “Play Eorzea” and “Tomorrows” videos on top of plenty more released on the ZANEKONPU YouTube Channel.

This time around, they came up with a 25 minutes short video titled “/emote” telling the story of a lalafell who doesn’t communicate via chat but instead expresses herself exclusively via emotes.

On top of coming with amazing quality for a fan production, it’s quite emotional and will likely make you smile and perhaps tear up a little as well.

It certainly underlines the value of online communities like Final Fantasy XIV, where people who may otherwise be considered a bit socially awkward can find their niche, make friends, and perhaps open up in ways they normally wouldn’t.

You can watch it below (and remember to activate English subtitles with the “CC” button), and I challenge you not to get at least a bit /emotional.

If you want to see more about it, you can check out the latest details from last week, the reveal of the extended trailer and the reaper job, and that of the male viera, locations, and release date.