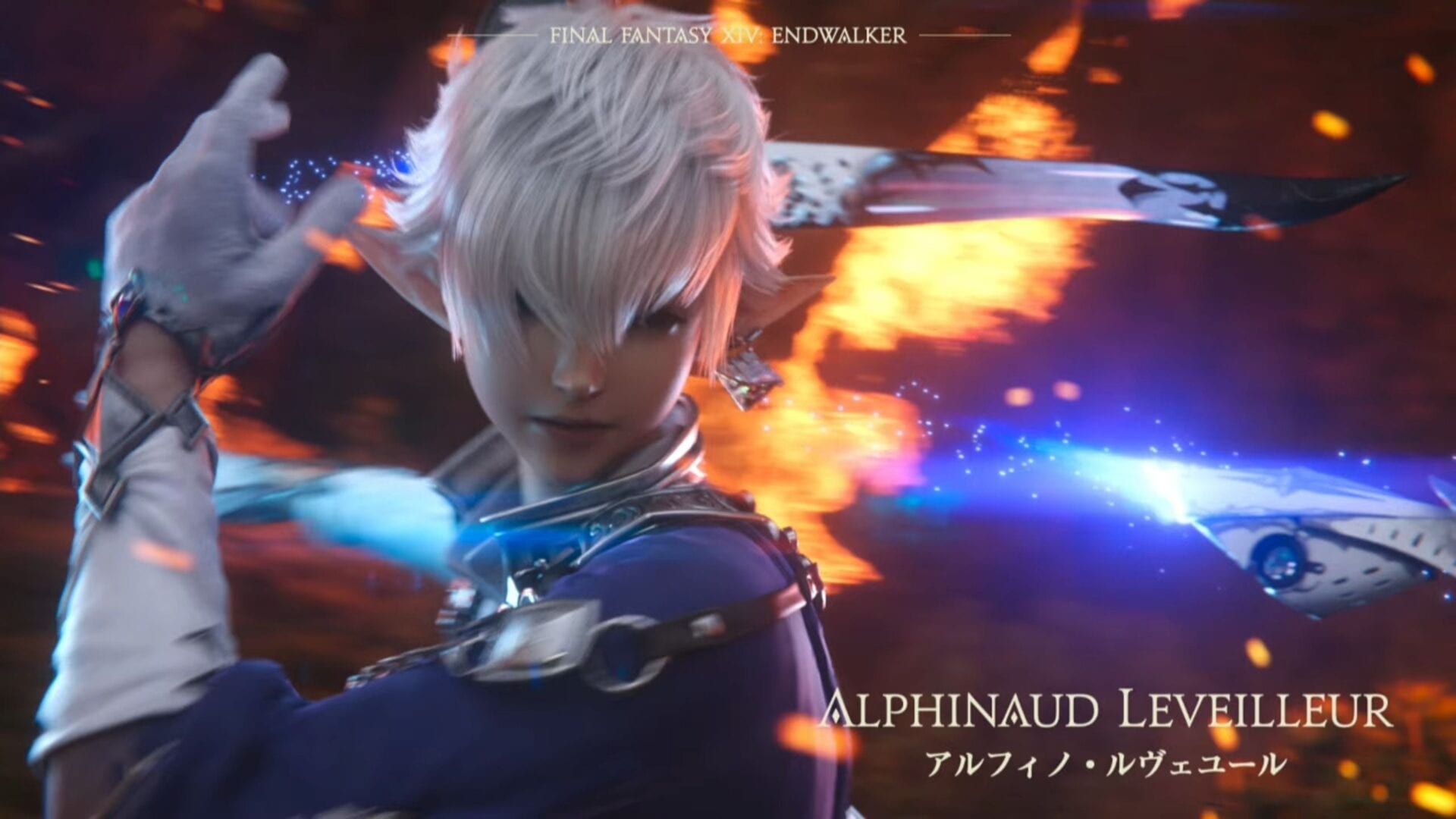 Following the reveal of the Endwalker expansion for Final Fantasy XIV, Square Enix provided a lot more details during a livestream from Japan.

First of all, a PS5 version will come with an open beta starting on April 13, which will also be the release date of update 5.5.

There will be a 4K mode and a 1080p mode with a better frame rate. Players who already have the PS4 version will be able to upgrade to PS5 for free.

Speaking of the expansion (which will come in the fall of 2021) specifically, new jobs in the expansion. One will be a healer, while the second will be a melee DPS.

Basically, you’re like Gundam with Funnels. Interestingly, Alphinaud will change to Sage in the story.

You can check out a video showing the Sage in action, another of the PS5 version, alongside all the slides showcased during the livestream.

There won’t be a required class and the starting level will be 70. The two conditions for playing Sage is having purchased the Endwalker expansion and having a level 70 character.

Basically, the Sage will heal and protect the party with barriers and use aether to manipulate Nouliths in combat. They’re also able to augment their own magic abilities temporarily. The Sage job quest will start in Limsa Lominsa.

The second job will be revealed during the digital Fan Festival, but a hint can likely be found in Producer and Director Naoki Yoshida’s shirt below. Many fans are guessing Necromancer, but nothing was confirmed, for now.

“Final,” End,” and “Finale” (included in the Japanese title) are the keywords alluding to the end of the ten-year saga of Hydaelin and Zodiak. That being said, Endwalker will represent “a new dawn.”

The story of Endwalker will be complete with the expansion itself. This doesn’t mean that Final Fantasy XIV will end. With update 6.1 the story of Hydaelin and Zodiak be in the past and an entirely new adventure will begin.

Yoshida-san himself won’t also leave as some speculated. He sees Final Fantasy XIV as his life work.

The story will bring us to the moon and will answer many burning questions.

Alisaie will also get a job change during the story, but it has not been revealed yet. According to Yoshida-san, we’ll be surprised about what job it will be and who she will learn it from.

Fandaniel is not the last boss. He’s keeping a rather complex secret. Zenos Yae Galvus will also be back.

The level cap will be raised to 90 and massive new areas will be added.

We get to see the city of Radz-at-Han, capital of Thavnair, which is going to be the smaller town added to the expansion. The entire island of Thavnair will be included.

The second major location is Garlemald, capital of the Garlean Empire, and it appears to be in ruins.

A new tribe will be included, the Arkasodara tribe Matanga. More will also come and Yoshida-san teased the Moon as their location.

New enemies will include Anima from Final Fantasy X, redesigned by its original artist.

Of course, new dungeons will be added and the slides showcase some art for them. Most of them will be visited during the main scenario and there will be a wide variety of them.

A new high-end raid will be included titled Pandaemonium, and we see artwork that definitely looks like Lahabrea.

A new alliance raid will be on the menu after the end of YorHA: Dark Apocalypse. This time around it won’t be a crossover, and it will be centered on a piece of Eorzean lore that has been mysterious for a long time.

A new small-scale PvP mode will be added and it’ll be more casual and immersive, removing role restrictions. This should make matching easier. It’ll bring a new reward system that won’t focus solely on gear.

New recipes will be added and the Trust system will be updated with the addition of Estinien as a companion. He will be a melee DPS and the system as a whole will receive additional updates that will be disclosed at a later time. This will include new activities and types of duties.

The Gold Saucer will be updated as well, with the addition of something almost as big as Doman Mahjong.

The Island Sanctuary will be a completely new kind of content and it’s basically “slow-life” gameplay. You guessed it: it’s something akin to a farming simulator. You can raise animals, cultivate the land and sell the fruits of your labor, letting your minions roam the place, and more. This will be updated over the entirety of the 6.X series of updates.

Of course, Ishgard will get its own housing district. Houses will actually be available only around update 6.1. The area will be visitable at the launch of the expansion. The number of planned wards will be the same as the other districts, and there will be apartments as well.

A lot of adjustments will be done to the battle systems including new job actions. Values will be downscaled so the numbers will be smaller, so you won’t be deal gazillions of damage or have hundreds of thousands of HP. Final Fantasy XIV won’t become Disgaea.

The formulas won’t be changed. The change will affect only the values, as extremely high numbers also risk to introduce “overflow”-type bugs.

The difference in values from level 51 to 80 will be reduced. Maximum damage per attack will be reduced. Experience points will also be reduced with the related reduction of the amount of XP needed to level up.

This doesn’t mean players will be weaker. Only one thing will be affected: playing as undersized party will be more challenging. That being said, the team is still tweaking this.

This change was made because Square Enix expects Final Fantasy XIV to continue for “many, many, many, years.”

Belts will also be removed. Of course, this means only the waist slot equipment piece, since the visuals were already part of the chest piece. The removal of one ring was considered but eventually, the team decided against it.

You may want to remove materia you have on your belts before the expansion launches.

This will have the side-effect of freeing armory chest space. 15 slots will be given to main weapons and 15 to rings.

Then, layers will be able to travel between data centers, visiting all of their friends regardless of where they play. It’ll require logging out and back in.

A lot more content will be revealed in future shows, including the online fanfest in May. Specifically, it’ll be held on May 15 and May 16.

It’ll be two days full of content including live concerts. Everything will be streamed live free of charge.

That being said, players will be able to purchase a Lunar Whale mount, which you can see in action below (it carries 8 players!). Minions from Final Fantasy IV will also be available and will go on sale on May 15.

If you’re unfamiliar with Final Fantasy XIV, it’s currently available for PlayStation 4 and PC and Square Enix recently announced that it has passed 20 million players.

Recently, we celebrated the 10th anniversary of the advent of Yoshida-san as director and producer. You can also watch a recent video focusing on the previous expansion Shadowbringers’ story and featuring a new arrangement of its theme song.