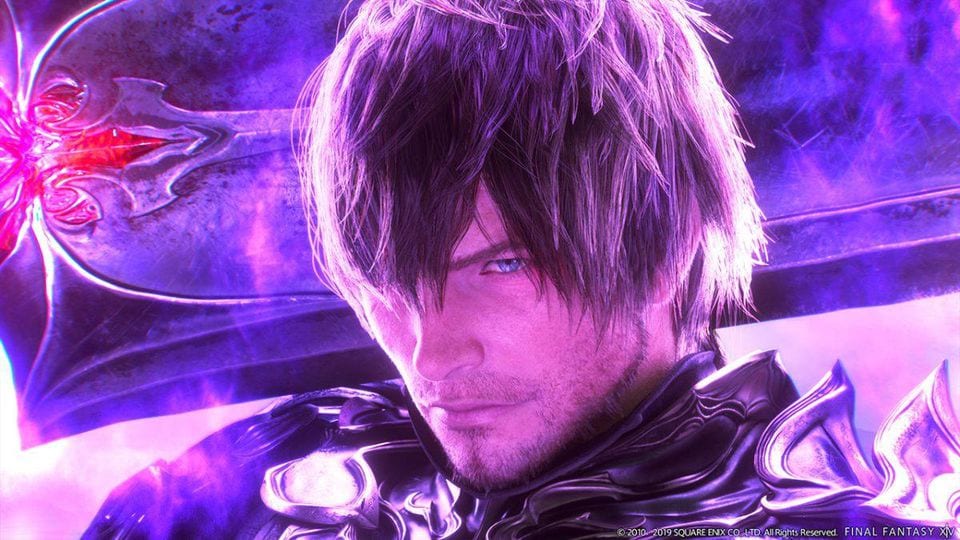 I’m going to start this review of Final Fantasy XIV’s latest expansion, Shadowbringers, with a complaint and what is probably the biggest issue with this expansion, and FFXIV in general. It’s an issue I don’t have a solution for, but hopefully, the development team can one day figure a way to solve this problem.

There needs to be some way to get new players deep into main story quicker than it is now (but without skipping all the good parts and having to pay extra). I’m all caught up and have been since A Realm Reborn, so it’s not a problem for me. But I’m tired of playing through these incredible expansion storylines and not being able just grab my Final Fantasy/JRPG loving friend and say: “hey, stop what you’re doing and play this right now.”

Final Fantasy XIV: Shadowbringers is not just the best FFXIV expansion ever, it’s a masterpiece and it deserves to be mentioned alongside the legendary numbered Final Fantasy games such as VI, VII, IX, and X. In fact, it might now be my personal favorite contained Final Fantasy story; unconditionally, full stop. 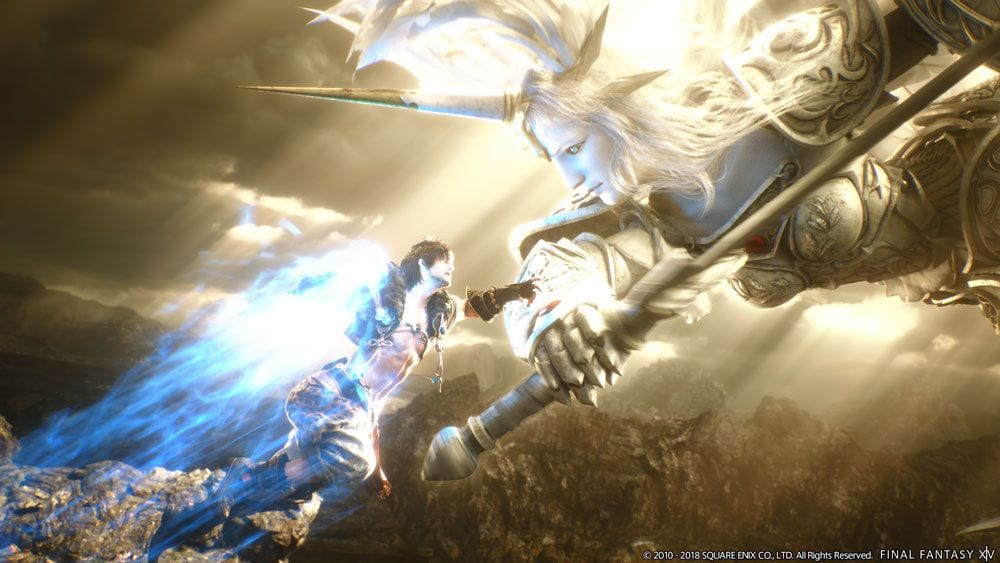 I hesitated above to simply suggest that the development team just make the expansions standalone experiences like they are in The Elder Scrolls Online for example. That’s because the overarching Final Fantasy XIV plot is so rich and interconnected that making them one-off would take away a part of why it’s so special.

Final Fantasy XIV: Shadowbringers masterfully ties the past, present, and future of the FFXIV plot together in a way that is so incredibly rewarding for those who have played the hundreds of hours required to get to this point.

There’s really no way to discuss the plot of Final Fantasy XIV: Shadowbringers in any detail without ruining it for someone potentially interested in buying it, and reading this review to see if it’s for them. I could go on and on about it, but you either won’t know what I’m talking about because it relies on having deep knowledge of the story before Shadowbringers, or I’d be saying too much.

So I’ll just say this for now; the story is a such a rollercoaster of events that is going to make you feel deeply emotional about what’s happening right in front of you in the present. There will be callbacks from your past journeys that are going to shock and surprise you. On top of that, there’s so much intrigue for the future smattered throughout the story. I was shocked by how much I learned about things I didn’t think the writers would get to until the end game of the overall Final Fantasy XIV plot.

Despite having almost no connections to any of the new characters we meet in The First’s Novrandt, the plot of main story quest succeeds at making you care about ancillary characters we meet along the way more than it ever has before, and enriches the already deep relationship that we have with the Scions and the other main characters.

New and improved dialogue options give the players more of a way to breathe some personality into their otherwise blank slate character. The story embraces this in an unexpected way, and the way the main characters interact with your Warrior of Light is more realistic and natural than ever before. The bonds between the Scions are as deep as ever, and they behave like best, and life-long friends. 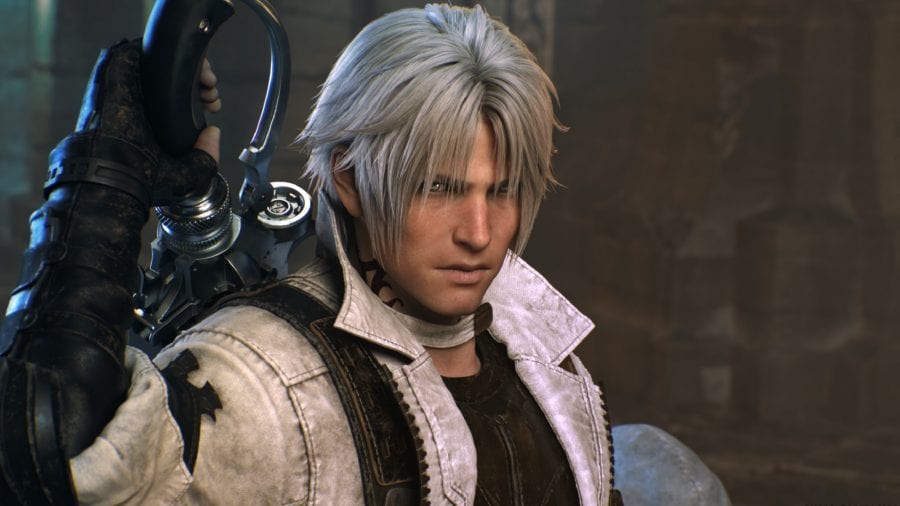 What I really want to do more than anything is to wax poetic about the character of Emet-Selch, who absolutely steals the show in Final Fantasy XIV: Shadowbringers. Introduced at the very end of the Stormblood saga as the Ascian who founded the antagonistic Garlean empire, he plays an extremely important role in the story of Shadowbringers.

Once more time has passed, I’ll write an article just about Emet-Selch and what a triumph this character is. For now, I’ll say that he’s the most complex and fascinating character that has ever appeared in Final Fantasy XIV to-date and should be counted among the best Final Fantasy villains of all-time.

His arc is written so well, and all of the expansion’s most emotional and thought-provoking moments are tied to him. If you want to hear more about him, or the story, my colleague and fellow FFXIV player, Giuseppe goes into a bit more detail.

The last thing I’ll say before I stop gushing about the story in the vaguest way possible is that it’s not just about fan service for long time players. The narrative of Shadowbringers is so tightly woven and written so well, that it feels self-contained most of the time even though it’s really not.

There were a few moments here and there where the pacing became slower than I would have liked (the second stint in Ahm Areng comes to mind), but by and large, I was wrapped up into it the entire way through.

I had to at least acknowledge last week in my review in progress the possibility of the ending not living up to the fantastic ride before it.  Yet, the ending of Shadowbringers was the best part of the whole expansion. It’s probably the most emotional I’ve been while playing this game in the 2000 or so hours I’ve put into it.

Of course, a major part of any classic Final Fantasy games is the music and visuals. Just as with the story, Final Fantasy XIV: Shadowbringers had a huge bar to clear set by previous expansions Stormblood and Heavensward if it wanted to claim to have the best music and best looking areas.

Yet again, though, Masayoshi Soken came through and outdid himself (if you don’t want to be spoiled on the music don’t click the video below, courtesy of YouTube user Mekkah Dee).

A commenter on that video by the name of evil13rt sums it up better than I can:

It’s so true because just about every track is incredible, it fits its area and moment perfectly and every time you think that the soundtrack can’t get any better, it does.

The Crystarium’s theme, for example, is filled with hope and determination for a brighter (darker technically?) future. Eulmore appropriately exudes a sense of over-the-top luxury. Both these tracks use a familiar loop but are twisted in just the way that give a different yet perfect feeling.

Stormblood’s areas were pretty, but a lot of them felt similar to one another, and after two years I kind of got sick of the mountainous Ala Mihgo and the East Asian inspired Yanxia region. The new locales of Shadowbringers are so varied and contain way more color than both Stormblood and Heavensward.

I’m not an artist and I failed art in middle school, so I’ll spare you the effort of reading my attempt to describe the art style in technical detail. I included some screenshots below, so just take a look for yourself. They’re beautiful and they just pop.

Finally, let’s talk about the gameplay additions. Like I mentioned last week in my review in progress, the job action changes are by and large a success.

There are likely some tweaks that will need to be made once players can start testing the changes against high-end hardcore content like raids. On the other hand, some are going to be resistant to change no matter what it is because they don’t feel like learning a new style of play after getting used to a certain way and to a given rotation.

That said, I love the way that the development team cut the fat, and leaned into the fantasy of each job more. With Stormblood, you could see the development team try to find a way to make less useful skills more helpful. This time around they just said screw it and cut what needed to be cut and added things to make the jobs more fun to play. R.I.P. Protect.

It’s worth mentioning though that the removal of a proper job quest storylines is noticeable and a bummer. The role quests that largely replaced them did not do it for me, and I have to imagine it was done to save time as the number of jobs has increased now that Dancer and Gunbreaker are in the mix.

There is one level 80 quest for each job that can be done after beating the main story quest, but at least in the case of my job, Summoner, it was a complete waste of time. It did very little to move the job plot forward and did nothing to explain how the heck I’m just able to summon Demi-Phoenix now, while in the past, obtaining new summons was a very big deal and explained in great detail. 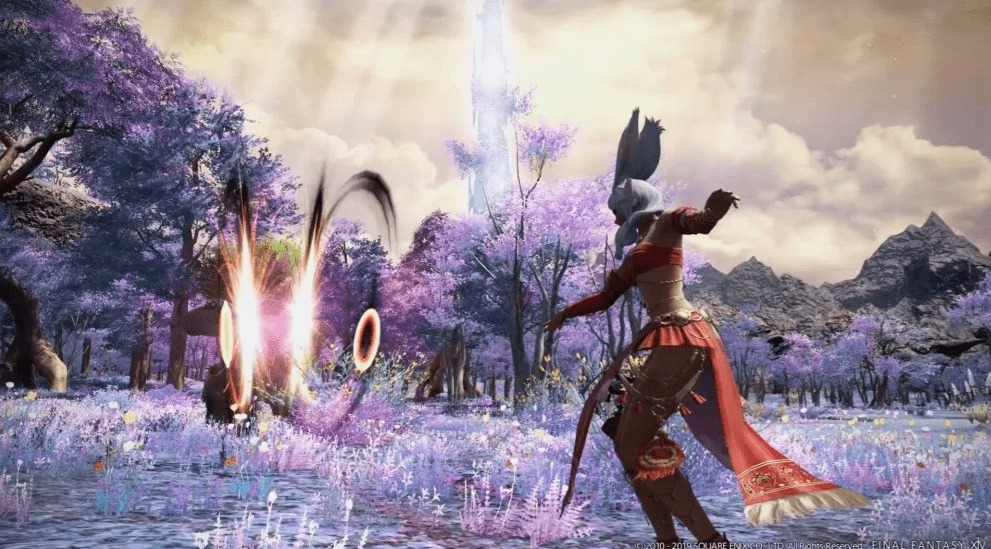 Although I mentioned it last week, I’ll also reiterate that the new jobs appear as of now to be valuable additions to the roster of choices. Gunbreaker and Dancer are both fun to play, and especially in the case of Dancer, feel distinct from their peers within their role.

Dancer feels like a true support job, even if it technically isn’t one, and I was excited to see the jump in my DPS whenever a Dancer was in my party.

Gunbreaker, like Dark Knight before it, does play a bit too similar to the other tanks for my liking, but at this point, it just feels like something not worth complaining about anymore.

The roles are so rigid and narrowly focused in Final Fantasy XIV especially within Healer and Tank, and it’s unrealistic to expect to get something akin to Final Fantasy XI where tanks like Paladin, Ninja, and Rune Fencer all approached tanking so differently from one another and were better or worse in certain situations.

My other longstanding issue with Final Fantasy XIV that is partially addressed in Shadowbringers is the way that non-instanced areas were basically abandoned after the main story quest is over outside of just passing through them for quests, and maybe doing the occasional hunt if you’re into that.

The new Shared FATE system is a step in the right direction. In addition to being a half-way decent way to EXP while waiting for Duty Finder, FATEs now also reward currency that can be spent at vendors in the areas around Novrandt, and as you grind out more FATEs in an area, you’ll earn access to more varied stock.

I’m not going to say it’s a game changer, but it’s fine and it’s something at least that will get me back into the beautiful areas of Novrandt. While Eureka was controversial, I liked that I got to interact and communicate with other players for a longer period of time out in the open. Hopefully the development team continues to chip away at the notion that there’s nothing to do outside of instanced content with new ideas like Shared FATEs. 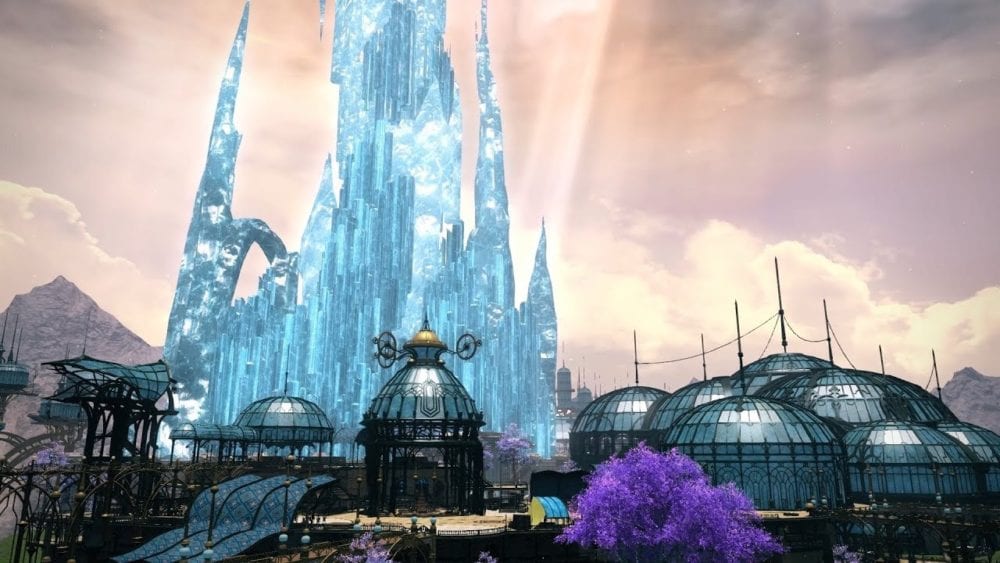 I would have also loved to see something truly new for the end game at launch to vary the now very tired routine of grinding tomestones and extreme trials to prepare for the 8-person raid, and then the 24-person raid and so on… ’round and ’round we go.

I do feel strongly about long-standing issues such as those, but the fact of the matter is that the incredible experience of the main story quest of Final Fantasy XIV: Shadowbringers overpowers any and every gripe that I have.

With Shadowbringers, the development team has proven that they have perfected everything that Final Fantasy XIV is known for and does well. While I’d like to see them take more risks next time around, I can’t let that get in the way of just how masterfully crafted the main story quest is. The development team has earned this moment of triumph, and I’m not going to be the guy that denies them that.