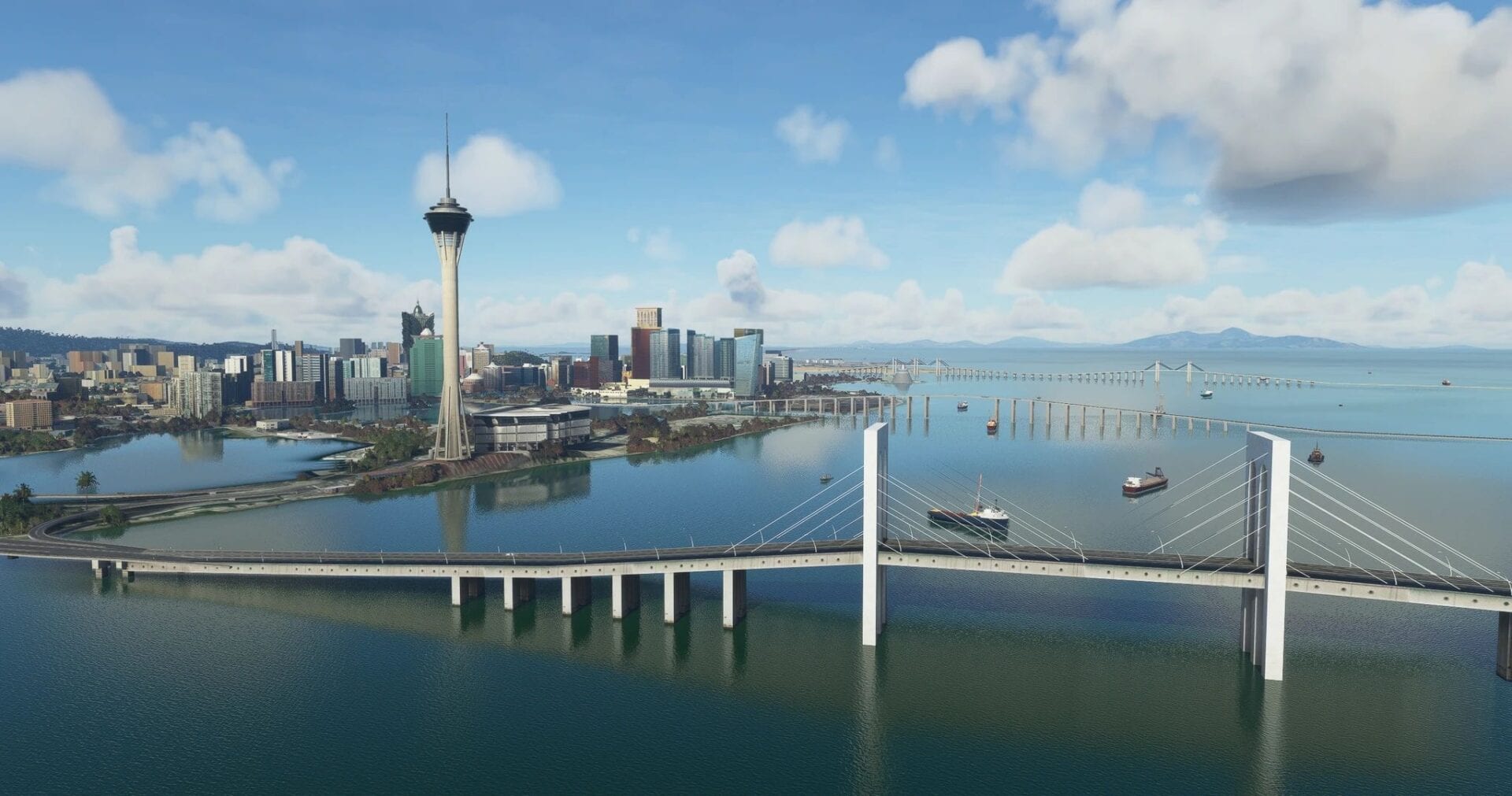 Today SamScene3D bring us to Asia with its Macau Macao VMMC scenery, which includes both plenty of landmarks for the exotic city on the coast of China, and its iconic airport.

It can be purchased at the developer’s own store for $16.95.

Below you can check out a few screenshots and a features list. The first image is a rather impressive comparison between the scenery and the real world.

Next is something even more exotic as AMSim brings us another airport from the Republic of Armenia, Shirak International (UDSG).

It can be purchased on Simmarket for approximately $13 plus applicable VAT, and you can watch a trailer below.

Last, but not least, we come back to the bucolic fields of south-east England. Orbx announced Stapleford Airfield (EGSG), which we already know will release this weekend.

You can take a look in the gallery below and read an official features list.