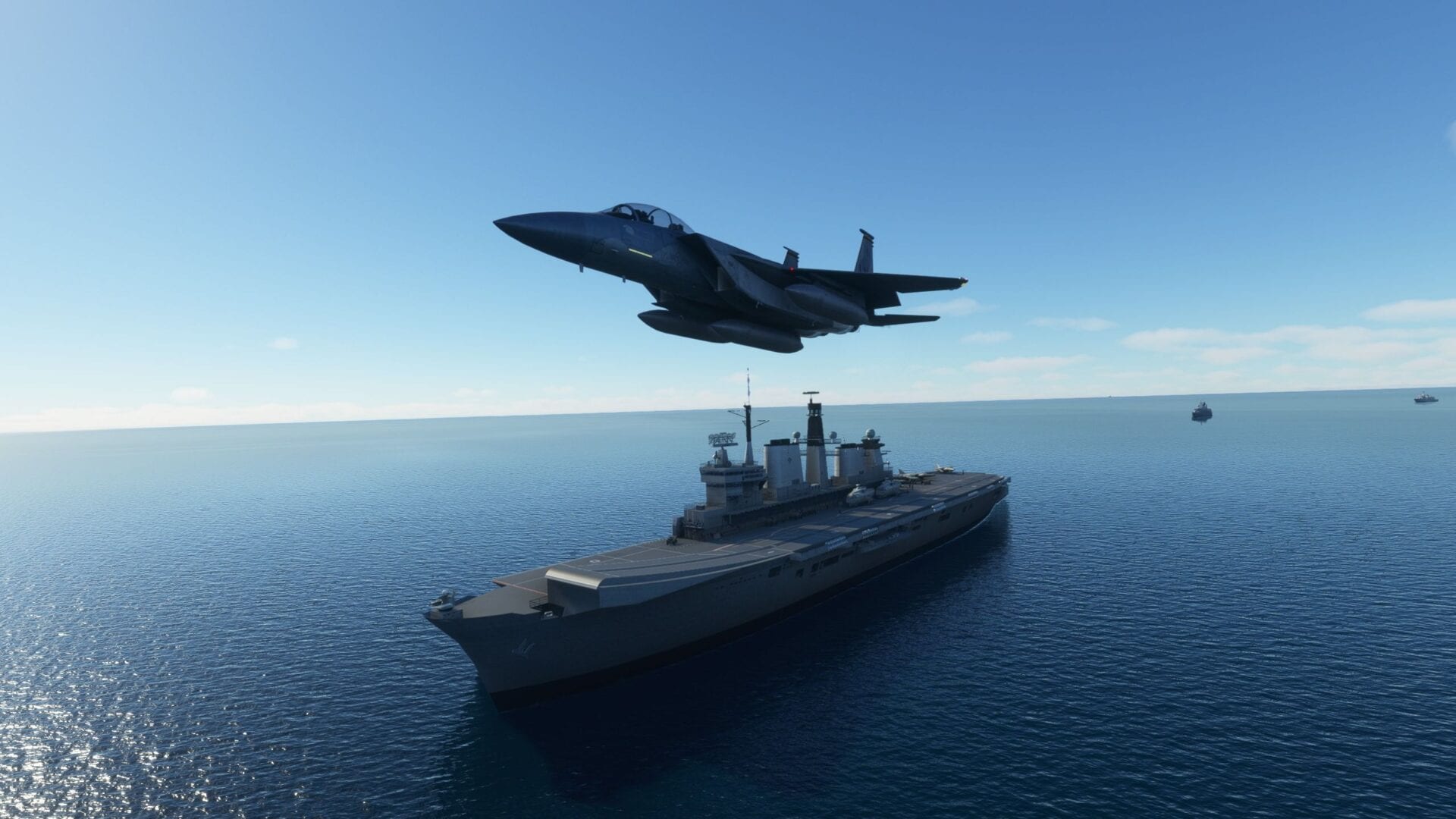 Today a group of freeware developers led by Henrik Nielsen and KL791 released a rather exceptional add-on for Microsoft Flight Simulator.

The add-on is titled Global AI Ship Traffic and users of previous flight simulators may already be familiar with it.

It adds a ton of beautifully-detailed AI-driven ships, both civilian and military, to the seas all over the world.

The package can be downloaded for free from FlightSim.to and you simply need to unzip it in your community folder to install it.

You can see a few screenshots below to wet your appetite.