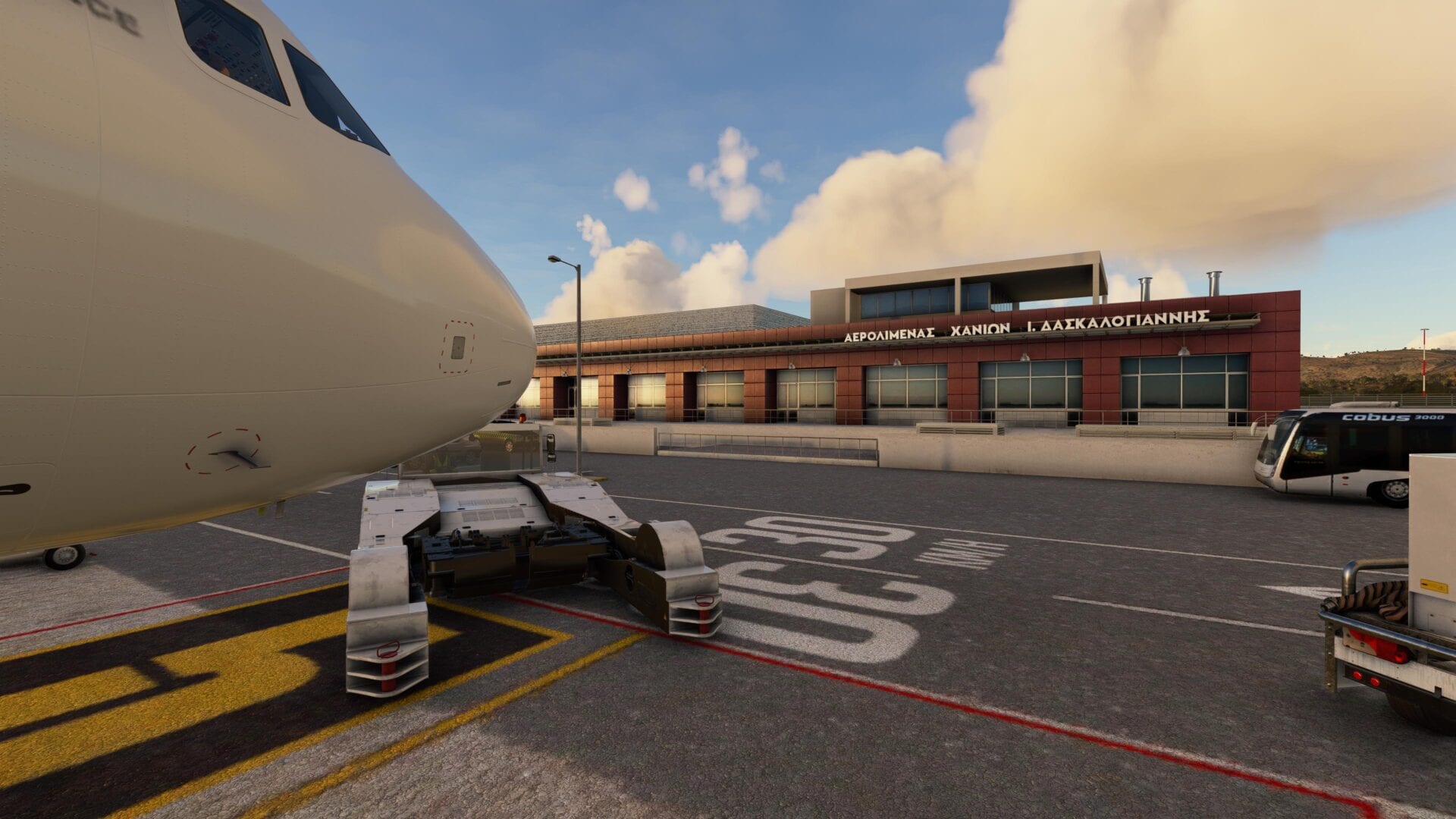 First of all, we take a look at Chania Airport (LGSA) in Greece by Aerosoft, which is “getting closer to release.”

Next, we take a look at CYVR, Vancouver International Airport by FSimStudios, which “just days away” from its release.

More Canadian airports are coming from the studio down the line. Halifax (CYHZ) is scheduled for Q1 2021. Calgary (CYYC) will arrive between the end of Q2 and the beginning of Q3, and London (CYXU) will come in Q2. And yes, It’s the London in Canada, not the London in the UK.

Last, but not least, here’s something a bit more exotic. Flight Sim Development Group revealed Cusco (SPZO) and what appears to be a tease of another airport in Seychelles.