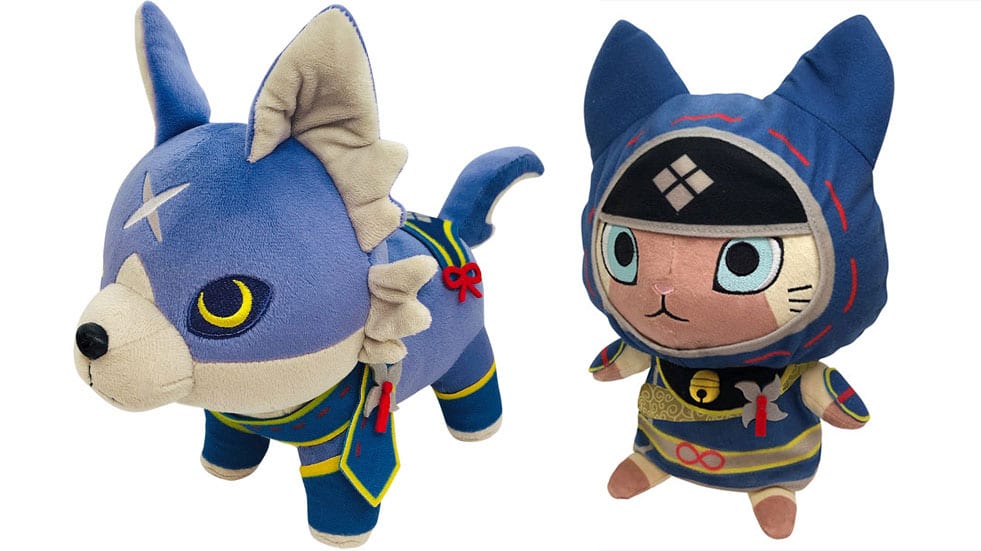 Capcom is gearing up to release Monster Hunter Rise on Nintendo Switch and they’re also working on adorable merch.

The publisher made three plushies available for pre-order portraying Monster Hunter Rise’s Palico and Palamute buddies on top of the poster monster Magnamalo.

The size is approximately 200 mm, and you can see what they all look like below.