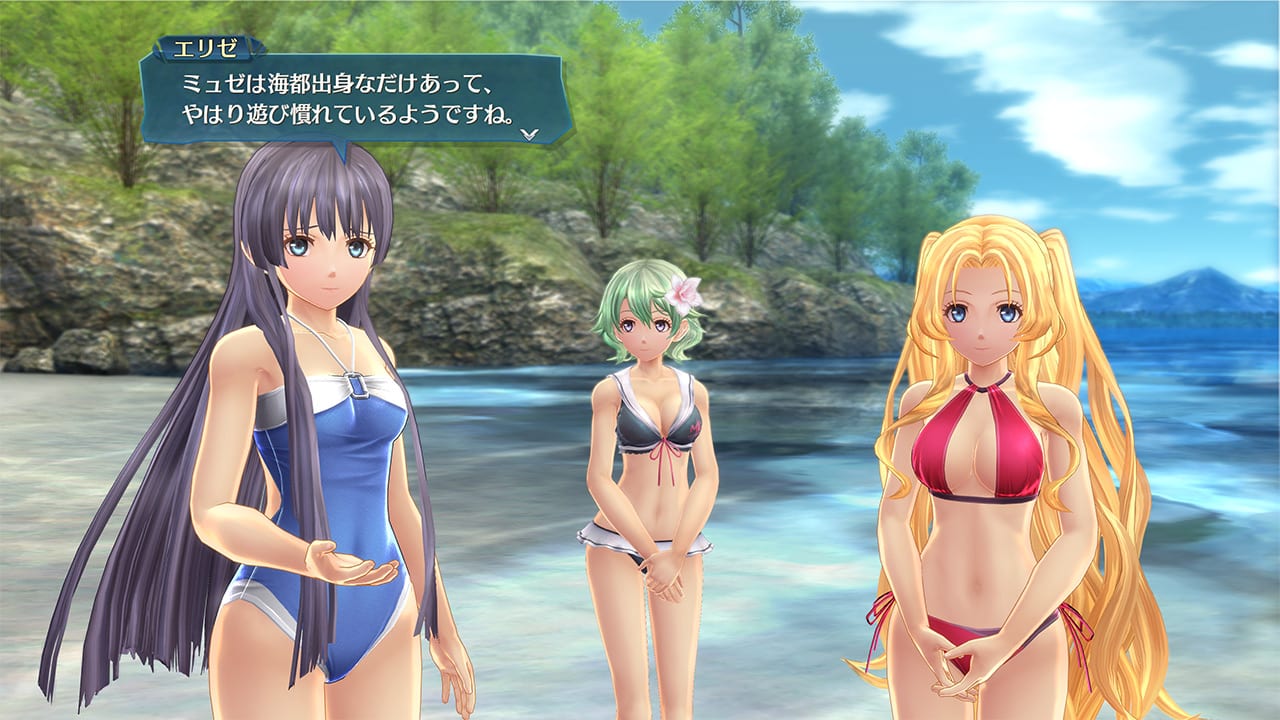 Today Nihon Falcom released a large gallery of screenshots and details of its upcoming Trails JRPG The Legend of Heroes: Hajimari no Kiseki.

First of all, we take a look at many returning characters from previous games of the series including Fie Claussell, Emma Millstein, Gaius Worzel, Millium Orion, Roselia, Fran Seeker, Celine, and a much grown-up Shizuku Maclaine.

A new character, code-named “Emperor” also appears. He’s an executive of an organization that uses its members as tools. His ruthless personality brings him to condemn deserters to be executed.

He wears a set of golden artifacts that give him the power to control gravity to crush his foes and he is currently tracking two members of the organization who are on the run.

We also get to see a new episode unlocked in the New Reverie Corridor focused on Freddy.

Last, but not least, the “Beach DE Vacation” lets you bring together the old and new members of Class VII to the beach enjoying various minigames like watermelon splitting and banana boating.

There will also be “communication events” letting you have a conversation with party members to deepen your bonds with them. Moving the camera may change the conversation topic, and reaching a certain level of affection can unlock a special event that will make the relationship even closer.

These events will support PlayStation VR with a post-launch patch.

Initially, you have a limited number of tickets to access the beach, but you can unlock more in the New Reverie Corridor.

You can check out all the screenshots below. Incidentally, if you want to get into the series, you can still take part in our The Legend of Heroes: Trails of Cold Steel III giveaway.