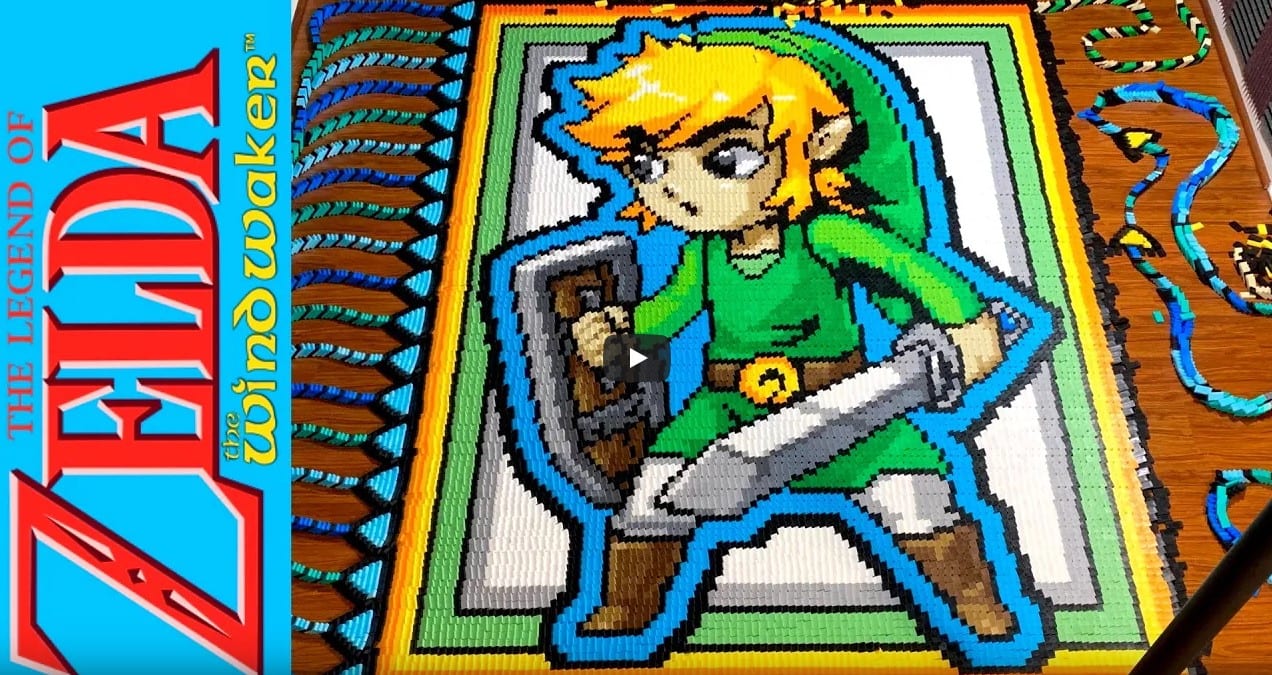 Hey, I heard you like dominoes. I also heard you like Toon Link from The Legend of Zelda: Wind Waker. In which case, YouTuber TheDominoKing has you covered.

TheDominoKing has showcased plenty of other domino setups before, including iconic characters like Spongebob Squarepants and Mario himself. This time around, he’s showing off Toon Link from Wind Waker, and the setup is just as beautiful and elaborate as you might expect. You can check out the full video embedded down below.

The setup includes Toon Link’s name, as well as the character himself. And, of course, the highlight of the video comes with pushing down the dominoes to create a hypnotizing effect showing off the effort and patience put into setting all this up.

The Legend of Zelda series saw a major resurgence back in 2017, when Breath of the Wild was released for the Nintendo Switch. Nintendo has since pushed out another Zelda game in the form of the Link’s Awakening remake last year. Both games are now available exclusively for the Switch.