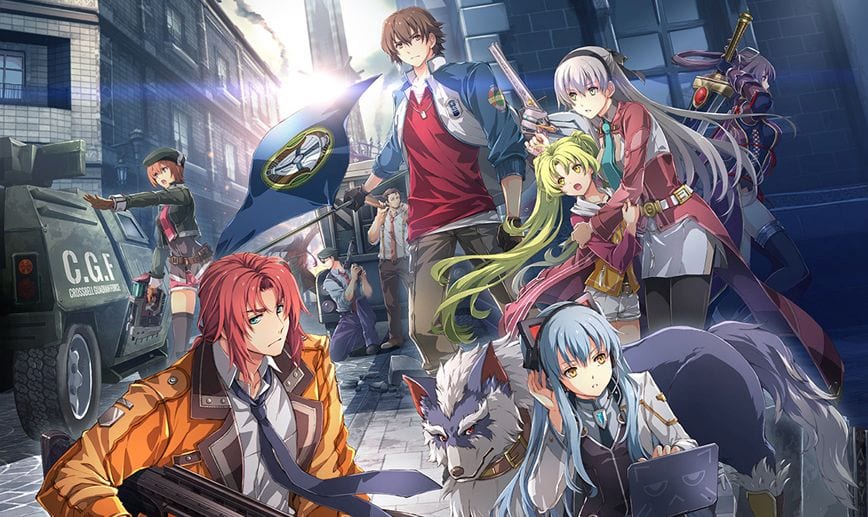 Today Nihon Falcom released a new batch of screenshots of its upcoming JRPG The Legend of Heroes: Hajimari No Kiseki, the next game of the Trails series.

The screenshots and artwork released today focus on one of the three paths that will be included in the story of the game. It’s titled “The Day of Independence” and it focuses on Lloyd Bannings and his friends and companions from Zero and Ao no Kiseki.

Do keep in mind that since both games mentioned above and Trails of Cold Steel IV haven’t been published in the west, the information under the gallery includes spoilers for those who haven’t played them. You may want to just enjoy the images and skip the explanations.

The Crossbell Autonomous State is a relevant trading hub located between the Erebonian Empire and Calvard Republic.

It has survived for over 70 years as an independent state despite the pressure from the two superpowers, but in 1205 it was annexed by the Empire.

Yet, after an incident in which the governor general’s security forces occupied the whole city, Crossbell was successfully liberated thanks to the efforts of the members of the Special Support Section and others.

In 1207, two years and several months after the beginning of the Imperial occupation Crossbell is autonomous once again, and the ceremony to ratify its independence is ready to begin.

The Special Support Section of the Crossbell Police was established in 1204. It was basically dissolved after the police department was reorganized under Imperial occupation, but Lloyd Bannings and his allies successfully fought off the invaders leading to the liberation of the city.

After that, the Crossbell Police Department and the Crossbell Guardian Force were reformed to guarantee the security of the citizens, and many former officers have returned.

The Special Support Section is also being reinstated in its role under the leadership of Sergei Lou, with the original members Lloyd, Elie, Tio, and Randy.

Lloyd Bannings is back as the leader of the squad after spending the period of the Imperial occupation conducting undercover operations behind the scenes. He is looking forward to the independence ceremony while listening to the voices of the citizens pleased by this outcome.

Elie MacDowell also returns as the leader’s assistant after studying abroad during the Imperial occupation to make contact with dignitaries from the Empire that could have facilitated the path to independence.

Besides resuming her duties in the Special Support Section and working as a secretary for her grandfather Henry MacDowell, who will attend the ceremony as a political representative.

Tio Plato has worked behind the scenes with Lloyd and others during the Imperial Occupation despite being monitored by the intelligence service.

She came in contact with the new and old members of class VII and leading engineers from neighboring countries, deepening her friendship with Alisa Reinford, Tita Russell, and others.

Besides resuming her duties at the Section, she has begun her career as a leading researcher, collaborating with scientists from a variety of countries including the ZCF (Zeiss Central Factory) and the Reinford Group.

Randy Orlando spent some time as an instructor at Thors Academy Reaves II Campus during the Imperial Occupation.

While he has formed bonds with many people, his term as an instructor has ended and he’s back in Crossbell, where he resumed his former role at the Special Support Section.

Noel Seeker was involved in the resistance against the Erebonian Empire alongside former members of the Crossbell Guardian Force. She gathered information from the military and helped Lloyd behind the scenes.

Now she has returned to the force after the city regained its independence, also receiving a promotion from Sergeant to third lieutenant.

Ahead of the Independence ceremony, she is currently under the direct authority of the Guardian Force’s leader, lieutenant commander Sonia Bertz.

Lastly, Lazy Hemisphere had left the city after the Empire occupied it, wandering around the country doing his duty as a Church Knight.

Since the Church is involved in the independence ceremony, he’s back in Crossbell, ready to meet his friends once again.

The Legend of Heroes: Hajimari no Kiseki has been announced only for PS4 at the moment, and it’ll release in Japan in the summer of 2020. No western release has been mentioned so far.

Earlier today we learned that the Trails series has shipped over 4.5 million copies.