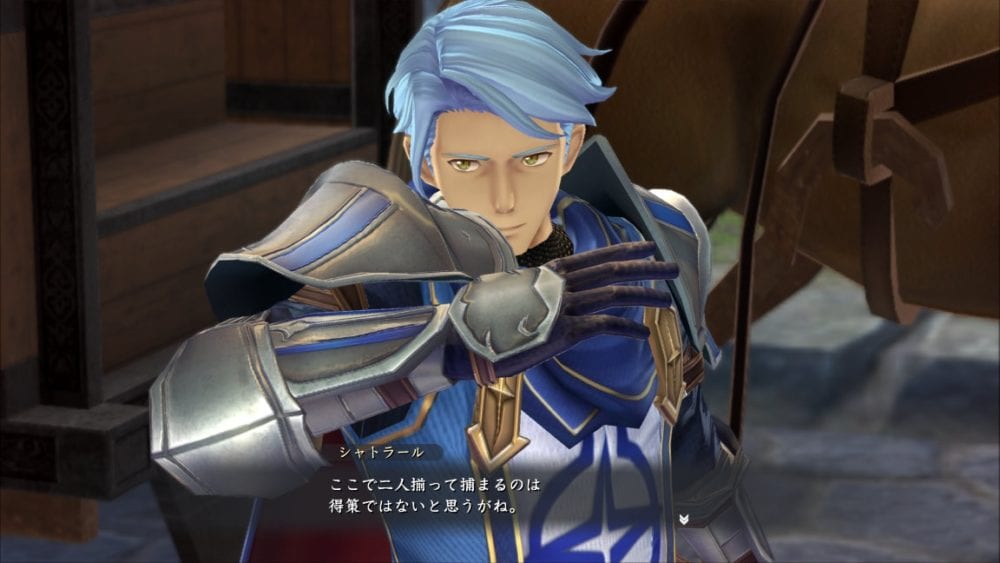 Chatelard is the head of the Hieroglyph Knights, tasked with pushing the agenda of the Hieroglyph Church and maintaining order in the region. He’s reputable and faithful. He also appears to be interested in Adol.

Berger is the warden of Balduq’s prison. He’s a detached man and he appears inflexible, but he acts according to his personal sense of justice, which earns him the respect of his subordinates. He is a very skilled officer and commander, but he is unrelenting towards the Monstrum who are causing issues in the city.

Ingrid is in charge of Adol’s interrogation. Considering her pragmatic attitude, she’s not ready to believe many of our hero’s adventures and the weird things he has experienced.

Marius is a young prisoner, friendly and ready to provide good insight. That being said, he appears to have lost his memories, including the reason why he has been imprisoned in the first place.

Margot is a cigar-loving lady who used to lead a local resistance movement against the Romun Empire. She has been captured and imprisoned several years ago. She received information about the Monstrum in the prison and she wants to contact them for her own purposes.

If you want to see more, you can take a look at the latest trailer, the screenshots from yesterday and more from a few days ago, the previous trailer, an earlier gameplay clips, some more gameplay videos and additional images, the first gameplay and more screenshots, some more recent images, and the original reveal.