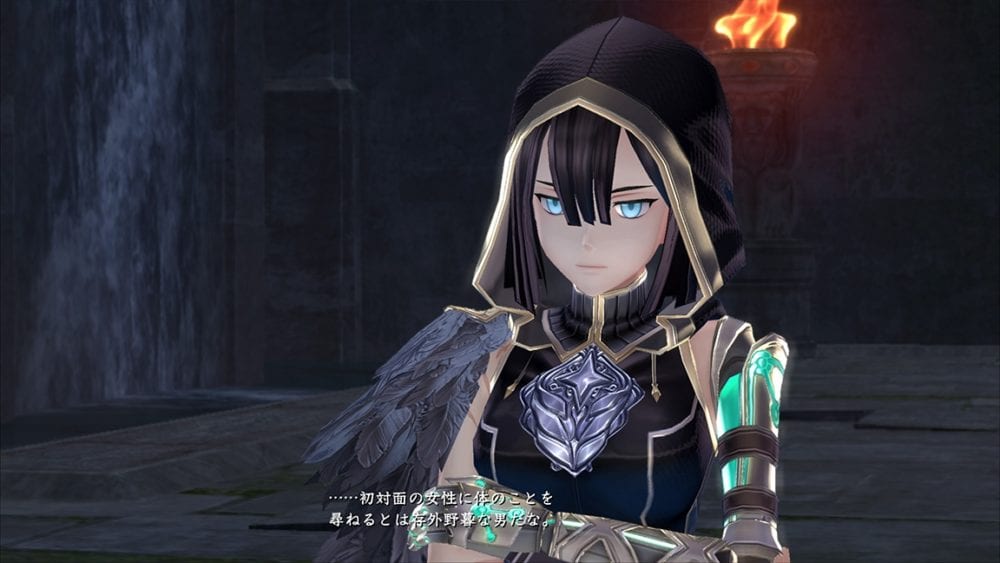 Specifically, we get to see plenty of characters who will appear in the game.

Apris is a hooded lady with striking eyes that Adol meets in the city. She also has a prosthetic arm and leg and a very strong will. While she appears young, she has a cold and dignified attitude that feels almost overwhelming.

Parks is a middle-aged prisoner who provides information to Adol. His crime is fraud.

Kaara is a merchant working in Bardeuk. Kirisha is her sister and the second daughter of the Pendelton family. Rich is the head of the family and he holds a lot of influence in the city. He accumulated enormous capitals by trading and speculating on mining rights.

Shante is the owner of the bar Dandelion, and he knows a lot about the residents of Bardeuk and what’s happening in the Empire.

Yufa is a waitress working for Shante, bright and popular. At times she can also provide information.

Incidentally, we also hear that those who have Ys VIII: Lacrimosa of Dana or Ys: Memories of Celceta on PS4 will get bonus accessories in the game.

If you want to see more, you can enjoy the latest trailer, the previous gameplay clips, some more gameplay video and additional images, the first gameplay and more screenshots, some more recent images, and the original reveal.