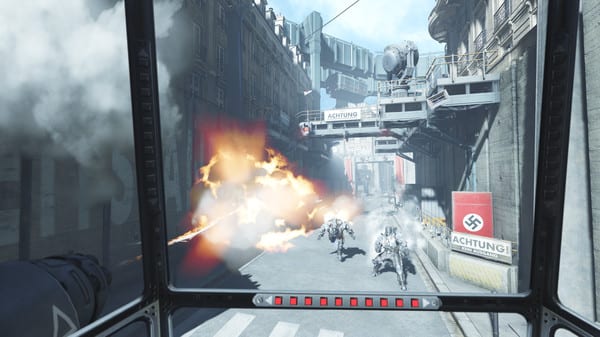 There are a decent amount of VR games set to release in the upcoming month of July 2019 for HTC Vive, Oculus Rift, and PSVR. However, the most anticipated is undoubabtly Wolfenstein: Cyberpilot dropping near the end of the month.

Coming to both HTC Vive and PSVR, Wolfenstein: Cyberpilot takes place in Paris, France in the year 1980 as you hack your way into the advanced war machines of the Nazi enemy fighters alongside the French Resistance. You see through the eyes of the Cyberpilot as you blast your way across the city, and turn the machines against their creators as you gun down every Nazi in your path.

The game itself takes place 20 years after the events of The New Colossus, but before Youngblood.

Check out the full list below for every virtual reality game release coming in July 2019 for HTC Vive, Oculus Rift, and PSVR, as well as those set to release sometime this month which have not gotten an official release date at the time of writing. Any games that are coming specifically to early access are marked as well.

All VR Games Set to Release in July 2019 with No Set Date at the Time of Writing: