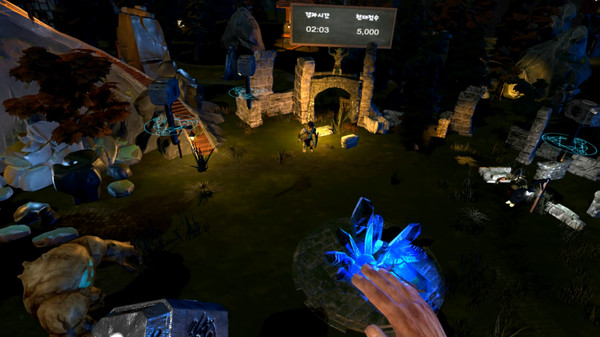 We’re pretty light on VR releases this upcoming month of February 2019, but we’ve combined them all in one easy list featuring the three major VR platforms of HTC Vive, PSVR, and Oculus Rift.

There’s no main headlining titles to really look forward to, but a couple promising ones include The Marvellous Machine that acts like a VR roller-coaster where you take a trip around a steampunk environment, and God Hand where you protect a miniature town with your massive hand by pushing away monsters from a central power source.

Check out the full list below for every virtual reality game release coming in February for HTC Vive, Oculus Rift, and PSVR, as well as those set to release sometime this month which have not gotten an official release date at the time of writing.

All VR Games Set to Release in February 2019 with No Set Date at the Time of Writing:

For a full collection of all the virtual reality titles released this past year, here are our release date lists for January, February, March, April, May, June, July, August, September, October, November, and December 2018, as well as January 2019.