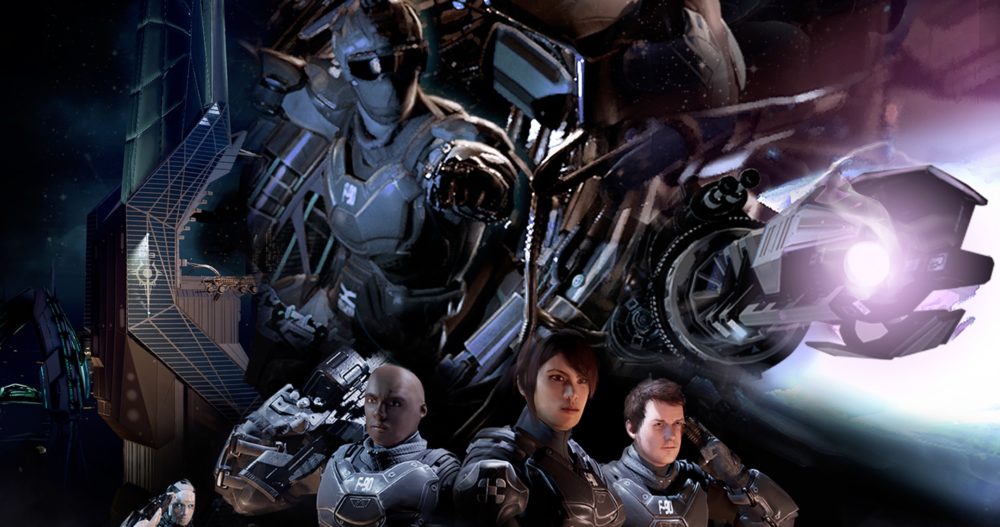 There’s quite a well-rounded list of virtual reality titles heading to players next month in November 2018 on all three major platforms including HTC Vive, Oculus Rift, and PSVR.

There are a few standouts of course, one of which being SCRAPER: First Strike from Labrodex Studios. First Strike is the first of five oncoming episodes, with the remaining four planning to be released up until 2020 with next-gen consoles in mind. The game takes place in 2076 with a world based on Jim Ivon’s Scraper and working with New York Times bestselling author Ryder Windham a prequel novel to the story entitled Scraper: The Rise of Cifer has already been released. In First Strike, you play as Human Resistance Force member Casey Maxwell battling rogue robots with gameplay described as a “sci-tech shooter with RPG and exploration elements.”

SCRAPER: First Strike is coming to HTC Vive and Oculus Rift near the end of this month on Nov 21, with a PSVR release slated for Dec 18.

Another intriguing title is Transpose from Secret Location releasing for all three major virtual reality platforms next month. Taking place in a dreamlike state, players will have to work around layered versions of themselves as they bend time to work through increasingly difficult puzzles. Using “echo time loops”, you record your own actions to work through areas before they can come together once again at the completion of each puzzle. It appears to be a unique approach to the VR puzzle genre with a memorable art-style to boot.

Check out the full list below for every virtual reality game releases coming in November 2018 for HTC Vive, Oculus Rift, and PSVR, as well as those set to release sometime that month which have not gotten an official release date as of yet.

All VR Games Set to Release in November 2018 with No Set Date at the Time of Writing: