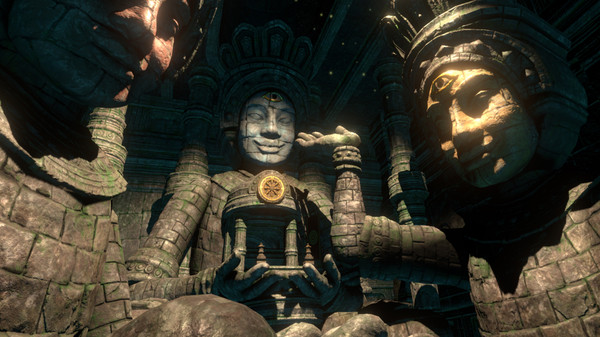 The number of October’s VR releases is pretty slim, with no PSVR title dropping at any point during the month. This seems surprising, especially considering the PSVR has been doing well in terms of sales with Sony releasing sale numbers in August 2018 stating over 3 million units of the PSVR have been sold so far.

For HTC Vive and Oculus Rift, there are a couple dozen titles releasing with a few standouts to look for. One is Twilight Path from Charm Games releasing earlier in the month that has you solving puzzles in a realm between reality and the afterlife. You’ll have to restore the world around you to get home as you encounter various spirits and Gods along the way.

A fun-looking title coming to early access is VR Trivia Battle. Akin to the Jackbox Games party titles, you and some friends compete in trivia challenges in a VR world where you choose wacky avatars to answer tens of thousands of questions with 3-8 players. Mini-games pop up in between rounds with co-op available for both local and online play.

Check out the full list below for every virtual reality game release coming in October 2018 for HTC Vive, Oculus Rift, and PSVR, as well as those set to release sometime this month that have not gotten an official release date as of yet.

All VR Games Set to Release in October 2018 with No Set Date at the Time of Writing: