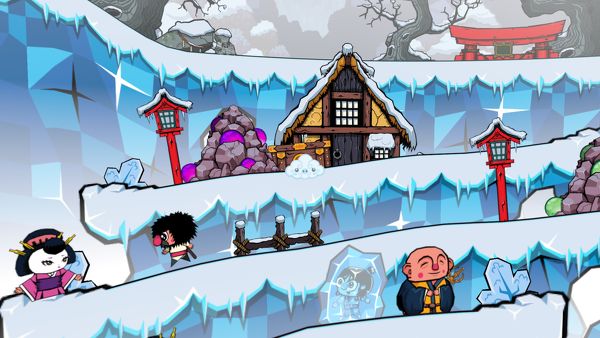 The month of February is almost upon us, and with it some new releases for the three major VR platforms Oculus Rift, HTC Vive, and PSVR.

Some releases to look for include the mystery thriller Mike was Cursed coming to Oculus Rift near the end of the month. Set in a small Canadian town, numerous people start going missing with no explanation. One husband returns from a business trip and realizes his wife is nowhere to be found, and it’s up to you to explore you surroundings and hopefully find her before it’s too late. A once cozy house soon becomes cold and unwelcoming, ensuring a spooky time for those who love a little scare in their VR experiences.

Another promising title is Pop Up Pilgrims for PSVR releasing on Feb. 13 from developer Dakko Dakko. In this game you have a 3D view of various 2D platforming levels, and the goal is to guide a series of pilgrims across the layers to their destination. Pop Up Pilgrims is intriguing in how it works with new ways to view 2D titles in a VR format, and combining that with colorful and retro-styled assets it looks like a fun one to try out.

Check out the list down below for all the VR games releasing this month of February 2018, as well as some set to release sometime this month with no set date yet at the time of writing.

All VR Games Set to Release in February 2018 with No Set Date at the Time of Writing:

If you still need to catch up on all the VR games that released recently you can always check out the lists December 2017 and January 2018.