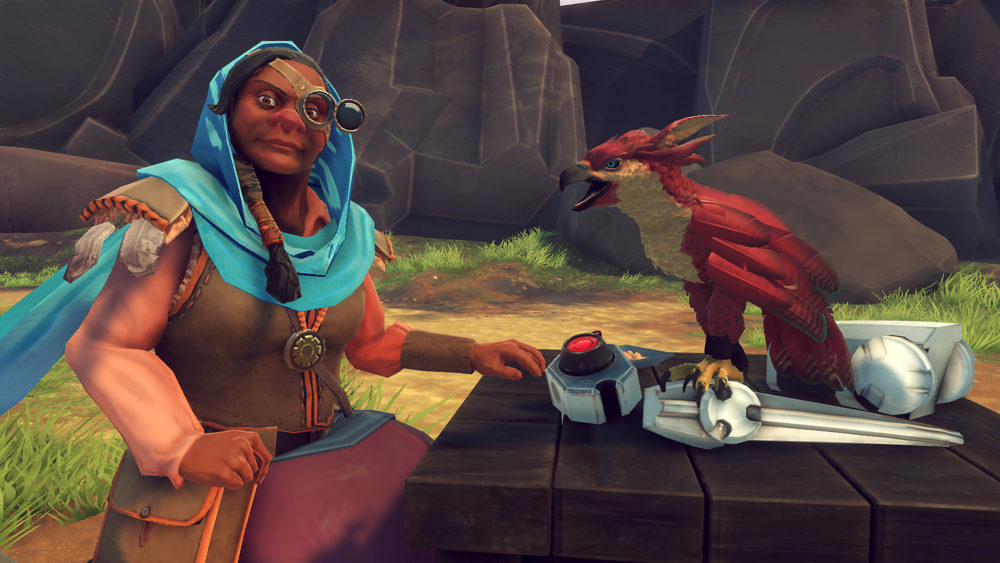 Owners of expensive and cumbersome VR helmets can feel validated, as there are quite a few standout VR games coming to PSVR, HTC Vive, and Oculus Rift this month.

PSVR has the most promising line-up, specifically Falcon Age where you raise an adorable little bird into a faithful flacon to fight the colonizers of your dying planet. Dismantling colonialism with attack birds is an amazing concept, and the game devs used actual footage of falcon attacks to get the animations just right.

Another standout on PSVR is Ghost Giant, an adorable little puzzle game where you act as a protector to a tiny cat-boy Louis who finds himself extremely lonely on his little sunflower farm. You search for clues around town by peeking in windows and overall just being a nosy bugger to help Louis and the townfolks with puzzles. At first glance, it almost has a Night in the Woods times Animal Crossing vibe to it.

For the PC people, popular VR developer Owlchemy Labs has created a follow-up to Work Simulator where you can finally take a little time off. In Vacation Simulator, you visit Vacation Island for some rest and relaxation with a bunch of bots. It’s the same fun gameplay in a bunch of new locations with new vacation-themed tasks.

Check out the full list below for every virtual reality game release coming in April 2019 for HTC Vive, Oculus Rift, and PSVR, as well as those set to release sometime this month which have not gotten an official release date at the time of writing.

All VR Games Set to Release in April 2019 with No Set Date at the Time of Writing:

For a full collection of all the virtual reality titles released this past year, here are our release date lists for January, February, March, April, May, June, July, August, September, October, November, and December 2018, as well as January, February, and March 2019.